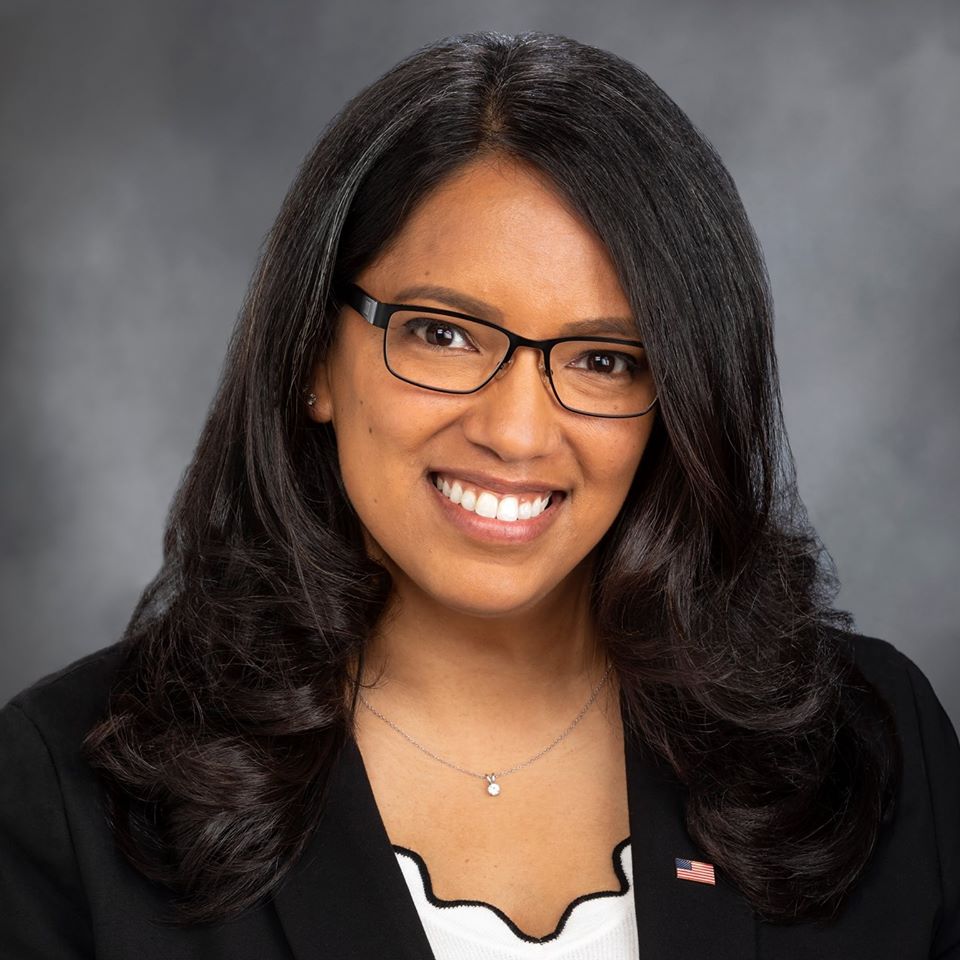 Kristine Reeves has been a representative in the 30th Legislative District of Washington, which includes Southwest King County as well as Northwest Pierce County, since 2016. She is known for her advocacy on behalf of working moms and for her commitment to veterans and their families, as well as advancing economic opportunity within her district.

Reeves was born on February 18, 1981 in Moses Lake, Washington where she was raised by a single mother, who struggled to raise Kristine and 2 siblings. Reeves at one point went through the foster care system with her siblings where she was given the opportunity for the first time to experience a middle-class lifestyle. When she returned to her mother’s care, however, she became homeless at 16.

Kristine Reeves overcame her circumstances and graduated from Moses Lake Washington High School in 1999 with a 3.88 GPA. She earned a full-ride scholarship to Washington State University where she majored in Political Science and graduated in 2004. In 2007 she graduated with a master’s degree in Organizational Leadership from Gonzaga University. Reeves then worked on the staff of Washington Senator Patty Murray, serving as the Regional Outreach Director from 2008 to 2013 and the Statewide Veterans Constituency Coordinator from 2011 to 2013. During her time as the Statewide Veterans Constituency Coordinator she worked on military transition and workforce development.

In 2016 Reeves decided to run for the Washington State Legislature. She gave as her reason for pursuing this office as building safe, family-friendly communities, championing local schools, pushing for public transportation options, and supporting veterans and military families. Reeves won the Democratic Primary over opponent Mark Greene then won the November election over opponent Teri Hickel.

Representative Reeves, a married mother of two, prioritizes her support for policies that enhance the access of Washington children to childcare services. Her major 2019-2020 policy priority centers on the Working Mom agenda which includes increased access to childcare and healthcare for working mothers and early learning programs for children. She is also an advocate for active duty military families and military veterans and their families including enhanced training and access to healthcare for all veterans and their family members. To that end she is a primary sponsor of the Veteran Tuition Waivers and the Disabled Property Tax Relief bill currently pending in the state legislature. She is currently the Director of the Military and Defense sector of the Washington State Department of Commerce.

Partly because of her own experiences with childhood poverty, Reeves is committed to promoting economic opportunity in the 30th Legislative District. She is the vice chair of the legislature’s Consumer Protection and Business Committee, where she works to protect consumers from security risks and identity theft. She also chairs the Legislature’s Committee on Housing and Community Development which helps active duty military members and their wives as well as veterans and their spouses to remain eligible for leave while working government sector jobs. Her committee also supports religious organizations in their efforts to expand housing for homeless populations. Reeves is a member of the Zeta Phi Beta Sorority, Inc.