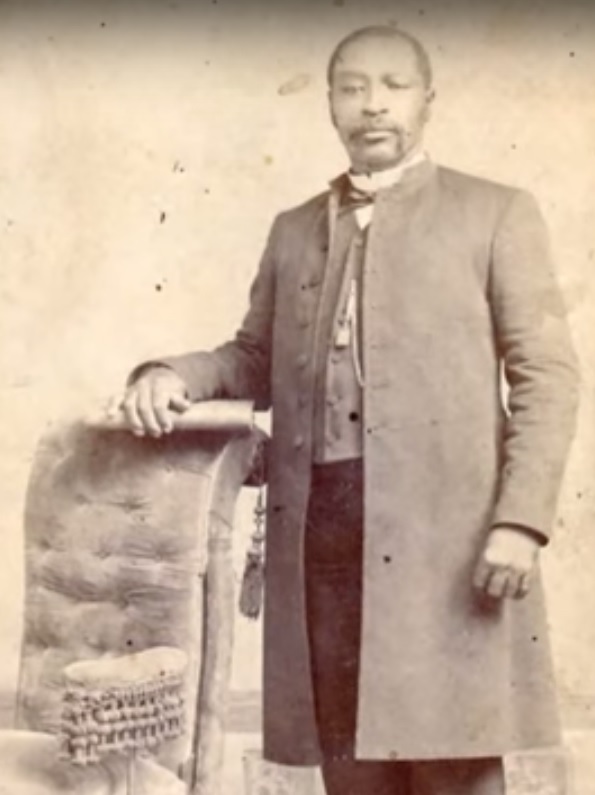 Jeremiah G. Hamilton (a.k.a. Jerry Hamilton, though both names may be fictitious) was known as the “Prince of Darkness” and considered the wealthiest African American of the 19th century.

Although the details of his life are somewhat enigmatic, he may have been born somewhere in the West Indies or perhaps the city of Richmond, Virginia on May 27, 1807. He first appears in historical records as a young man in his early 20s who was involved in a shady scheme in Haiti that included counterfeit coinage that went awry. Under the threat of capture and execution, he and his white compatriots fled to the United States.

By 1833, Hamilton reinvented himself as an astute businessman in New York City. Casting his eyes on Wall Street, he soon became a successful but ruthless trader. He also profited from maritime insurance scams that involved sinking or otherwise disposing of merchant ships for big payouts. In the early 1840s, Hamilton borrowed money to take advantage of a real estate boom and went bankrupt after buying expensive properties in Poughkeepsie and Astoria, New York. Nonetheless, he rebounded by purchasing his former properties at a much lower price when the market bottomed. After which, he benefited from the city’s Great Fire of 1845.

Ultimately, Hamilton made a fortune on Wall Street because he ingeniously operated a prototype of what is known today as a hedge fund. This investment fund involved using a pool of money from investors who trusted his expertise as leverage to borrow more money which allowed him to take an aggressive position in the stock market. Another source of revenue for Hamilton was his string of lawsuits filed against companies in which he had bought shares. He forced them to bring in a receiver to have all of the assets of the company redistributed to shareholders. One such company, Accessory Transit Company, was owned by Cornelius Vanderbilt, the premier American industrialist of the mid-19th century who grudgingly acknowledged Hamilton’s manipulative skills. Hamilton himself was sued several times but to no serious effect. According to sources, he amassed $12 million from his various enterprises throughout his lifetime.

Unlike many black millionaires who succeeded him, Hamilton avoided contact with other African Americans and maintained his business dealings exclusively with whites. For many years, however, his best friend was Benjamin Day, the founder of the New York Sun newspaper.

Hamilton’s much younger wife, née Eliza Morris, who was white bore him eight children. One of the Hamilton family homes was a rural 270-acre estate in New Jersey that featured a 10-bedroom house, ballroom and terrace, two trout streams, a fish pond, and quail. During the bloody week of the draft riots of 1863, the family’s upscale home on New York City’s East 29th Street was invaded by an Irish mob which intended to lynch him. Hamilton barely through a back door and vaulted over a fence.

Jeremiah Hamilton succumbed to pneumonia and died on May 19, 1875. Despite his success and infamy in many New York financial circles, news of his death received little in the attention and a verifiable image of Hamilton has yet to be discovered.