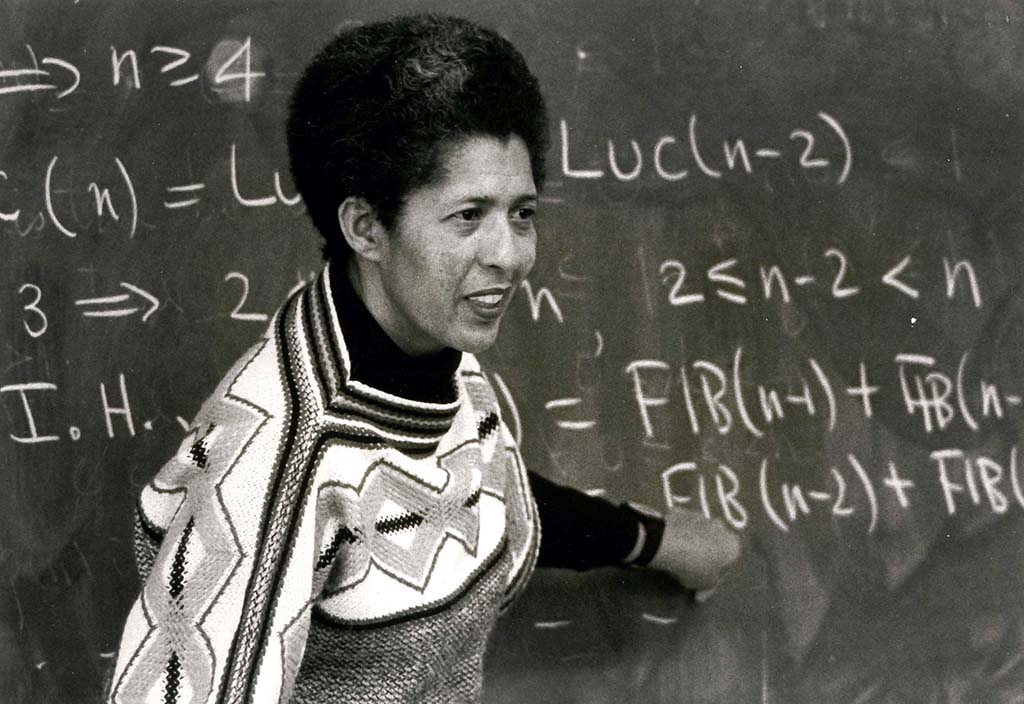 Born October 26, 1935 in Sumter, South Carolina, Gloria Conyers Hewitt grew up persistent. Her father, Emmett C. Conyers, and her mother, Crenella Conyers, thought that their children should attend college as they believed that was the only opportunity for improvement for African Americans.

While originally entering Fisk University in 1952 to become a nurse, Hewitt, with the encouragement of Lee Lorch, the Mathematics Department Chair, was persuaded to take calculus for the first time during her sophomore year. In her sophomore year, on May 28, 1954, Hewitt also married Ronald Hewitt and the couple had a son, Randy Lattimore Hewitt. While juggling her family and school responsibilities and with her parents’ help and her professors’ support, Hewitt graduated with a degree in mathematics from Fisk University in 1956, intending to be a high school math teacher.

Hewitt has spent her career working to inspire her students and other young people to become mathematicians. She has contributed to the national Advanced Placement (AP) calculus curriculum and examinations, served on the executive council of Pi Mu Epsilon (a mathematical honors society), and on the committee responsible for the math section of the Graduate Record Exam (GRE), including serving as chair from 1984 to 1986. Hewitt was associated with other organizations regarding scholarship and academia including the National Association of Mathematicians, the American Mathematical Society, and the Mathematical Association of America (where she served as a visiting lecturer from 1964 to 1972).

Throughout her career, Hewitt has received awards for her efforts, research, and merit. The National Science Foundation recognized her with a postdoctoral fellowship, which facilitated her work at the University of Oregon for a year in 1966. Additionally, she received a Certificate of Appreciation from the Educational Testing Service (ETS). Hewitt has dedicated her life to making math more accessible and achievable. Her work and values have become examples for women of color in STEM fields everywhere.