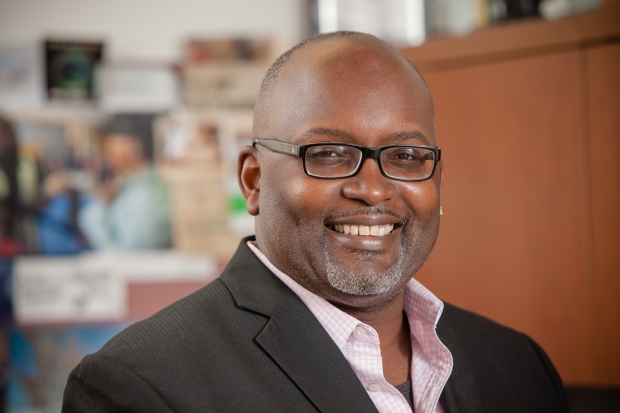 Media critic Eric Deggans was born on November 6, 1965, in Washington, D.C. to Chuck Deggans and Carolyn Jean McClellan Deggans Williams, a life member of the Alpha Kappa Alpha Sorority. Deggans was reared, however, in Gary, Indiana, and graduated from Andrean High School, a Catholic preparatory institution in Merrillville, Indiana, in 1983. In 1986, he was a professional percussionist and toured in the Midwest and in Osaka, Japan, for a brief time with the Motown recording artists, The Voyage Band. He received a Bachelor of Arts degree in journalism and political science from Indiana University in Bloomington, Indiana, in 1990.

From 1990 to 1993, Deggans was a reporter with the Pittsburgh Post Gazette. His first position as a music critic was in 1993 with the Asbury Park Press in Neptune, New Jersey. From 1996 to ‪2005, Deggans was with St. Petersburg Times in St. Petersburg, Florida as a Media Critic where he generated news stories on changes in media outlets. He was also one of the newspaper’s editorial writers, a columnist, and its music critic generating stories on pop music trends, artists, products, and concerts. In 2005, Deggans began lecturing at Columbia University Graduate School of Journalism in Morningside Heights, New York.‬‬

From 2006 to 2013, Deggans was a TV/Media Critic with the Tampa Bay Times in Tampa, Florida. And during that period, he was a freelance columnist with the National Sports Journalism Center at Indiana University in Indianapolis. He also released the book, Race-Baiter: How the Media Wields Dangerous Words to Divide a Nation. Deggans received the Florida Press Club’s first-ever Diversity Award and the National Association of Black Journalists’ Arts & Entertainment Task Force Legacy Award. In 2013, he guest hosted three shows of CNN’s media analysis show Reliable Sources.

In 2017, Deggans became a contributor/ media analyst for MSNBC/NBC News in New York City. In 2019, he was the first African American to chair the board of journalists, media executives, educators, and experts who judge the George Foster Peabody Awards.

The next year, 2020, Deggans debuted a class on race and media as an Adjunct Instructor at Duke University in Durham, North Carolina. That same year, he was given the Distinguished Alumni Service Award by Indiana University, the highest accolade reserved solely for alumni.

In 2020, Deggans lost his 81-year-old mother, Carolyn who died of COVID 19 complications during the first days of the pandemic. Deggans used his media prominence to publicize the policy of the attending hospital, Methodist Hospital Southlake in Merrillville, Indiana, to protest his being asked to leave the facility on March 22, twelve hours before she died. Deggans called on Methodist and other hospitals to develop a policy that would allow loved ones to spend more time with dying COVID-19 patients.