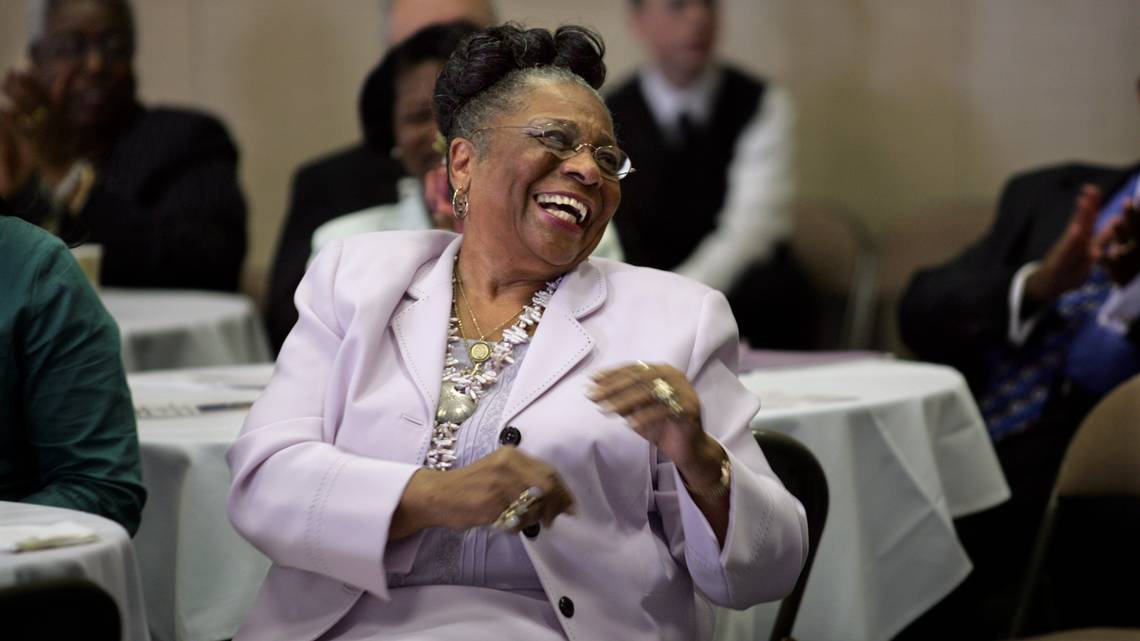 Claudia Bonds Thomas, an educator, activist, and civic leader, was the first black woman to be elected mayor in Washington State. Thomas was born on September 20, 1930 in Shannon, North Carolina to Claud and Mary Lee Bonds. At the age of 15, she attended Bennett College where she earned a Bachelor of Science degree in chemistry. After graduating in 1952, Thomas worked as a contributing writer for Ebony Magazine and then landed her first teaching job as a high school chemistry teacher in Asheville, North Carolina.

In the late 1950s or early 1960s, she married Harry A. Thomas, a military officer. His service in the military allowed her to travel as well as teach around the United States and overseas. In 1963, Thomas and her husband settled in Lakewood Washington. She continued her education earning a Master of Science degree in Educational Administration from Seattle University and a Doctorate in Organizational Development and Management from Union University. She then became a Nationally Certified Strategic Planning Consultant and Negotiator. After beginning her teaching career in Washington state as a high school chemistry teacher in Kent, Washington, she continued in education for the next 42 years serving as both a vice principal and principal.

In 1994, Thomas retired from education after serving as the Assistant Superintendent of Public Instruction for the Bremerton School District. She then worked to incorporate the Lakewood area as a Washington city. Lakewood had previously been and unincorporated part of Pierce County, Washington. Because of her efforts, she was elected as one of the original members of the Lakewood City Council, serving for five terms. Mayor William H. Harrison appointed her as Deputy Mayor in 1995 possibly becoming the first black woman in the state to hold that title. She served in that position until 2003.

In 2006, Thomas was selected Mayor of Lakewood by the seven-member city council, becoming the first African American woman mayor in Washington State. She ran for re-election for a full-term in 2007, but several critics argued that at the age of 76, she was too old to effectively represent all the residents of the city as their mayor. Thomas lost her re-election bid to 36-year-old opponent, Lisa Ikeda. However, she continued serving on the Lakewood City Council until 2011. At the age of 81, she decided to not run for re-election to the city council.

Thomas continued to serve the Lakewood community by leading and participating in many local organizations. Her involvement included serving as a co-leader of the Lakewood Human Services Collaboration and a member of the Tacoma Branch of the National Association for the Advancement of Colored People (NAACP), the Lakewood Chamber of Commerce, and the Tacoma Urban League. She was also a long-time member of Allen A.M.E. Church in Tacoma.

Claudia Thomas died on May 12, 2018 at the age of 87 due to complications from Alzheimer’s.