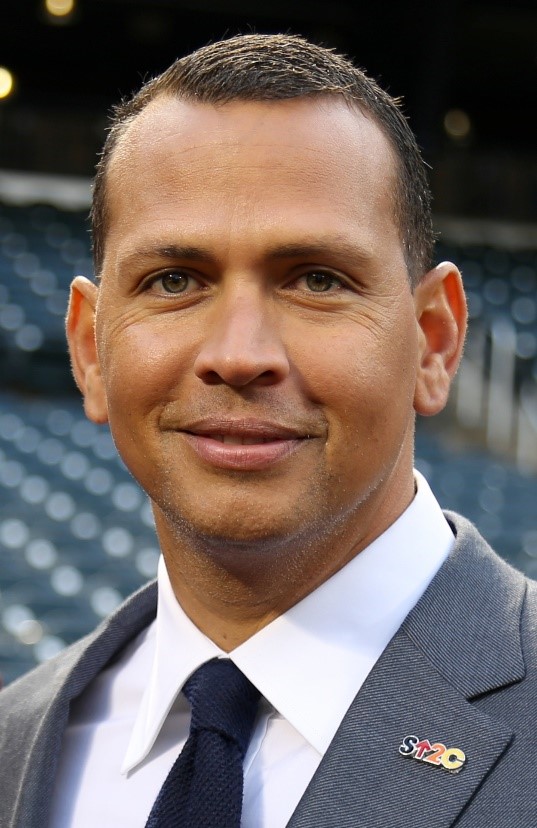 The major league baseball player Álex (A-Rod) Rodríguez was born Álexander Emmanuel Rodríguez on July 27, 1975, in Washington Heights, Manhattan, New York, to Victor Rodríguez, a former pro catcher in the Dominican Republic and Lourdes Rodríguez. At four, the Rodríguez family moved to the Dominican Republic. However, they returned to the U.S., and reared their children in Miami, Florida. Rodríguez has three siblings from his mother’s first marriage. They are Victor M. Rodríguez, Joe Dunand Sr., and Suzy Dunand.

In 1993, Rodríguez became the first high school player to try out for the United States national baseball team. He completed his secondary education at the Westminster Christian School in New York City where he was a celebrated shortstop on its baseball team. In his junior year, Rodríguez hit .477 and stole 42 bases in 35 games and played quarterback on the school’s football team.

Rodríguez was recruited by the University of Miami in Florida to play baseball and football. However, he refused the baseball scholarship and, at 18, signed with the Seattle Mariners in 1993 as shortstop. The following year, in 1994, Rodríguez debuted professionally as a minor league player with the Appleton Foxes of the Class A Midwest League. He was included in the first overall Major League Baseball draft with a three-year contract and a $1 million dollar signing bonus. However, it was in 1996 that proved a tremendous success for Rodríguez when he earned a .358-batting average with 36 home runs and 123 runs batted in. Two years later, in 1998, he became only the third player in league history, after Jose Canseco, (1988, Oakland Athletics) and Barry Bonds (1996, San Francisco Giants) to hit 40 home runs and steal 40 bases in the same season.

On November 2, 2002, Rodríguez and Cynthia Scurtis, from Coconut Grove, Miami, were married, and they parented two daughters, Natasha Álexander Rodríguez and Ella Álexander Rodríguez. That year, the Texas Rangers made a $252-million deal for a 10-year agreement making Rodríguez the nation’s highest-salaried athlete, and prompting him to leave the Seattle Mariners. Two years later, in 2004, Rodríguez began playing for The New York Yankees. In 2005 Rodríguez became a business owner when he opened the Álex Rodríguez Mercedes-Benz dealership in League City within the Greater Houston, Texas metropolitan area. In 2007 with the Yankees, he had a .314 batting average, 54 home runs, and 156 runs batted in.

In 2013, Rodríguez was suspended from the Yankees for 211 games without pay when he was found to have used performance-enhancing drugs. The suspension extended into the 2014 season. He appealed and was allowed to play while the appeal was in the arbitration hearing. In 2015, after he rejoined the Yankees, he hit his 661st career home run that season and surpassed Willie Mays for the fourth-highest total in MLB history. In addition, Rodríguez recorded his 3,000th career hit that same year.

Álexander Emmanuel Rodríguez received numerous awards and accolades for his contributions to baseball, including three of the National Basketball Association’s MVP awards (Most Valuable Player Award) and two Gold Gloves for his athletic performance. He was also selected for 14 All-Star Games by the National League and American League teams. Rodríguez retired from Professional baseball in 2016.