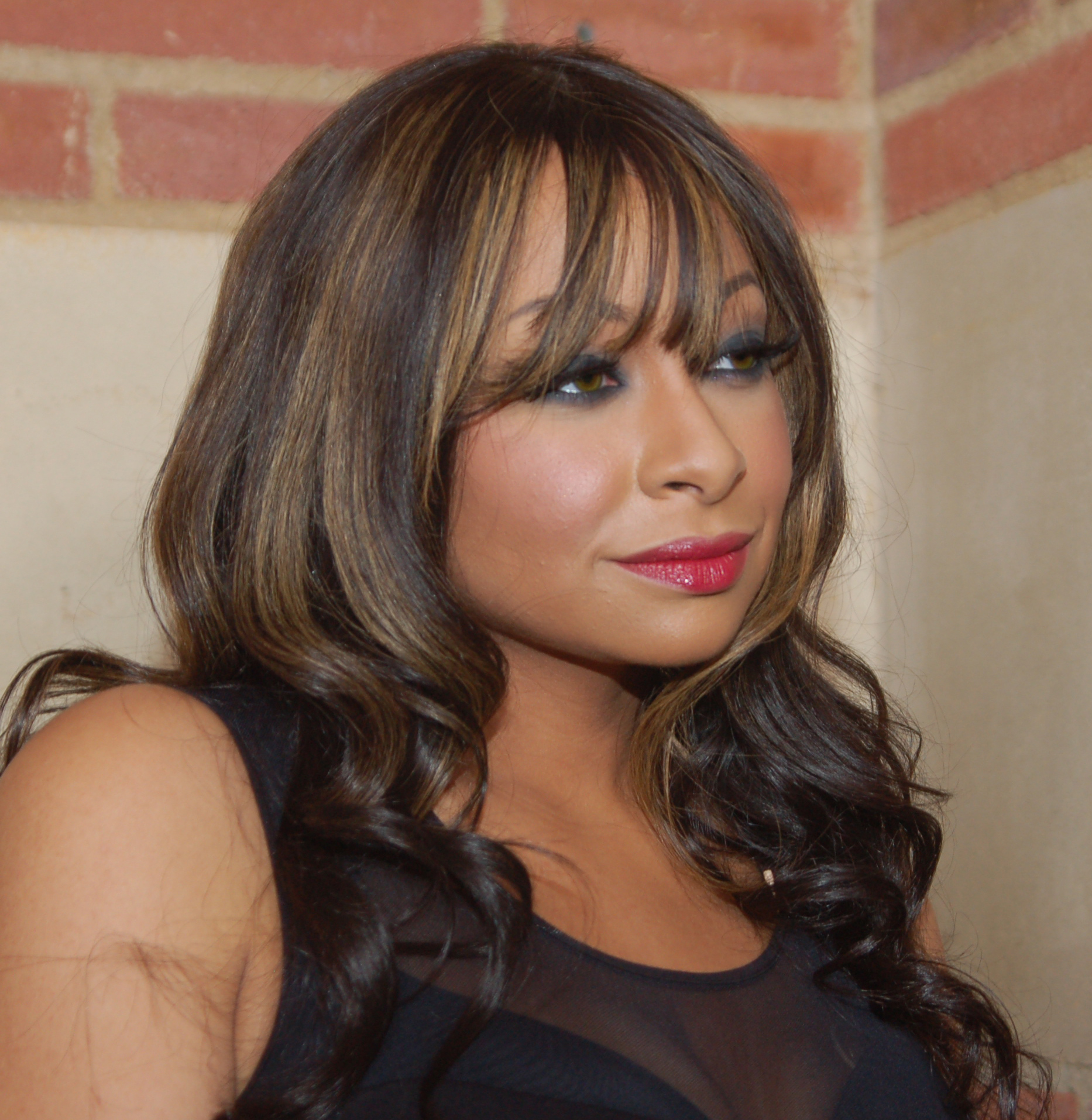 Raven-Symoné Christina Pearman, better known as “Raven-Symoné,” is an American actress and recording artist.  Her entertainment career began when she starred in advertisements for well-known brands such as Jell-O and Cool Whip and as a young model for the Ford Modeling Company.

Pearman was born to Christopher B. and Lydia (Gaulden) Pearman on December 10, 1985 in Atlanta, Georgia.  In the late 1990s, the family moved to New York City, New York in order to improve her chances at becoming an entertainer.  At the age of four she auditioned for a role in the 1990 film Ghost Dad, but was turned down because of her young age.  She so impressed comedian and actor Bill Cosby, however, that he later cast her in his television series The Cosby Show as Olivia Kendall, the adopted daughter of the Cosby’s oldest daughter.  She was an instant hit with audiences.

In 1993, Pearman took on the role of Nicole Lee in ABC’s Hangin’ With Mr. Cooper.  The following year, she played Stymie’s girlfriend in her first big screen role in the film The Little Rascals; she was nine years old at the time.  The actress followed up these roles in Eddie Murphy vehicles Dr. Dolittle (1998) and its 2001 sequel, playing the title character’s daughter Charrise Dolittle.

Raven-Symoné graduated from Atlanta’s North Springs High School in 2003.  She continued her acting career in television shows and feature films, including Disney’s That’s So Raven and The Cheetah Girls.

In 2006, she took on her first dramatic role as Briana McCallister in For One Night, a Lifetime movie inspired by the true story of a black teen who championed for change in her small Georgia town by integrating the prom after three decades of racially segregated proms.

A woman of many talents, Pearman’s recording career began in 1993 at the age of eight when she released Here’s To New Dreams, becoming the youngest solo vocalist ever signed to the MCA label.  Since that time, she has recorded several studio albums, including This is My Time in 2004 and The Cheetah Girls 2 soundtrack album in 2006.

Pearman is the recipient of several awards that include the 2011 National Association for the Advancement of Colored People (NAACP) Spirit Award and the 2011 Teen Choice Award.

After years of speculation surrounding her sexual orientation, Raven-Symoné Pearman publicly came out on her Twitter account in August 2013 by announcing “I can finally get married! Yay government! So proud of u.”  She is reportedly in a relationship with AzMarie Livingston, a 2012 Next Top Model participant.