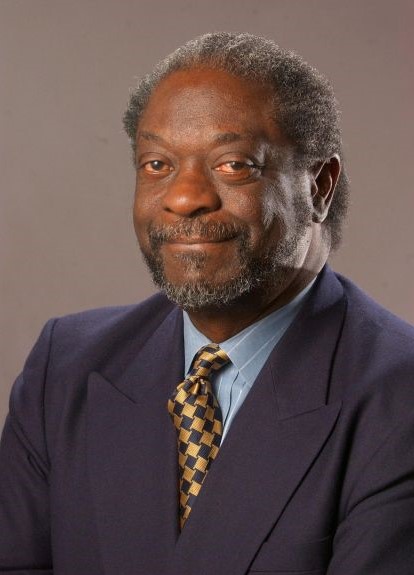 Leslie “Les” Payne, raised in the Jim Crow South, was dedicated to utilizing the realm of journalism to improve living conditions of African Americans. As a Pulitzer Prize recipient for his 33-part series titled “The Heroin Trail,” Payne’s late career continues to inspire rising generations of black journalists around the world.

Payne was born on July 12, 1941 in Lampoon Bottom, a small, predominantly African American town near Tuscaloosa, Alabama that was often terrorized by the Ku Klux Klan. By 1954, Payne’s mother, Josephine Johnson, moved their family to Hartford, Connecticut with hopes of escaping racial tensions.

After finishing high school two years early, Payne enrolled at the University of Connecticut. In 1964, he graduated with a bachelor’s degree in English and was immediately drafted by the U.S. Army into the Vietnam War as an air artillery defense lieutenant. During his six years of service, Payne rose to the rank of Captain and served as a speech writer for General William C. Westmoreland before being discharged.

Upon returning home, Payne was hired as a reporter by Newsday, a Long Island-based newspaper, in 1969. Payne began making a name for himself as an investigative reporter after posing as a migrant worker to surveil heroin traffickers from Europe. The information collected was developed into “The Heroin Trail” series which traced heroin distribution from Turkey to the streets of the United States in the early 1970s, and earned Payne and his fellow reporters a Pulitzer Prize in 1974 for public service.

In 1975, Payne helped establish the National Association of Black Journalists (NABJ) and served as the fourth president of the organization. Here, he created a community for young African American reporters and served as a mentor.

Throughout the rest of his 38 years at Newsday, Payne provided coverage on issues regarding racial equality, including the forced sterilization of African American women, the Black Panther Party, criticisms of New York City Mayor Ed Koch, the Tawana Brawley case, and racially-biased housing covenants.

Abroad, Payne regularly risked his life to report on international conflicts, as well. In 1976, he travelled to South Africa and revealed that the apartheid government underreported over 600 deaths in the Soweto uprising. Payne’s work resulted in him being banned from South Africa by the white-minority government. Yet, he returned in 1985 to continue reporting the injustices of the apartheid system.

After an illustrious career, Payne retired from his position as associate managing editor for Newsday in 2006. In his retirement, he continued to write for online publications and focused on expanding his art collection. In 2017, Payne was inducted into the Deadline Club’s Hall of Fame, the largest chapter of the Society of Professional Journalists.

Les Payne passed away on March 19, 2018, at the age of 76 due to a sudden heart attack at his home in Harlem, New York while working on his biography for Malcolm X. He is survived by his wife of 51 years, Violet, sons Jamal and Haile, daughter Tamara, three brothers and a sister.