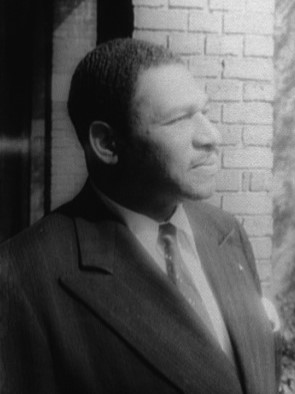 A director, actor and theatre administrator of the regional and professional stage, Frederick O’Neal was one of the chief architects of the American Negro Theatre (ANT) in Harlem, New York, in the 1940s. He was involved actively in professional theatre for over 40 years, between the 1930s and the 1970s. He held several positions in theatre associations, including President of the Negro Actors Guild (1951-1952) and Actors’ Equity Association (1964-1973)–the first African American to do so. He also performed in numerous Broadway and Off-Broadway productions.

Born in Brooksville, Mississippi, O’Neal moved with his family to St. Louis, Missouri, where he began putting on shows in his neighborhood at the age of 13. Still a teenager, he landed roles in As You Like It in 1926 and Black Majesty in 1927, both sponsored by the St. Louis Urban League. He then organized his own group, The (Ira) Aldridge Players, with the support of the League. The Players were active for eight years (c. 1927-1935).

In 1935, O’Neal moved to New York City where studied at the New Theatre School, the American Theatre Wing, and privately with Theodore Komisarjevsky and Lem Ward. The move to New York could not have come at a better time for O’Neil. He landed a role in Twenty Million Others with the Civic Repertory Theatre in 1935 and he was selected for the acting company of the celebrated New York Negro Unit of the Federal Theatre Project, the brainchild of the Works Progress Administration (WPA) of President Franklin D. Roosevelt. O’Neal was involved with this unit from 1935, to its demise in 1938. A few years later he co-founded, with Dick Campbell, the Rose McClendon Players (and Workshop Theatre) that thrived from 1938 to 1940.

It was O’Neal’s next theatrical venture, however, that had the greatest influence on the development of African American theatre, the co-founding of the American Negro Theatre (ANT) with Abram Hill in Harlem. O’Neal served as co-chairman and company manager from 1940 to the early 1950s, and played in many of the productions. Among them were Natural Man (1941), Three’s a Family (1943), Anna Lucasta on Broadway (1944) in Chicago (1945-1946), and in London (1947).  He also performed in and Henri Christophe (1947).

In addition to numerous regional and out-of-town productions, O’Neal appeared in On and Off-Broadway in productions of Take a Giant Step (1953), House of Flowers (1954), Shakespeare in Harlem (1957), God’s Trombones (1960), and Ballad for Bimshire (1963). O’Neal also played in several films including Anna Lucasta (1959) and Take a Giant Step (1961). On television he portrayed Moses in the Hallmark Hall of Fame production of The Green Pastures (1959).