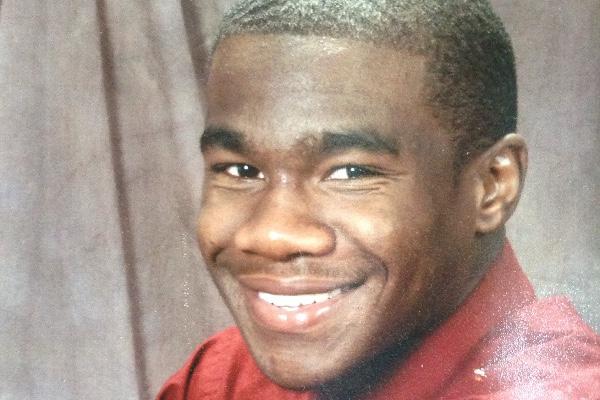 On August 5, 2016 Jamarion Robinson, a 26-year-old African American was shot 76 times while at his girlfriend’s residence, Parkside Camp Creek Luxury Apartments, in Atlanta, Georgia. Robinson was killed when members of several law enforcement agencies opened fired during an attempt to serve a warrant for his arrest. When police confronted Robinson the task force indicated Robinson fired a handgun at them two or three times, before they fired multiple times severing his head and hands and shooting him in the arms, upper and lower torso area as well as his thighs, shins, and feet.

Additional information shared through an investigator hired by the family indicates that after Robinson was killed, police handcuffed his hands behind his back, dragged his body down the stairs from the second floor of the apartment to the living room on the lower level and then threw a flash-bang grenade into the room. Robinson’s mother and family continue to advocate for the answers, charges, and appropriate consequences as it relates to what took place and what could have prevented what took place.

Jamarion Rashad Robinson, born April 1, 1990 in Atlanta to Monteria Robinson. Robinson came from a 4-generation military and college educated family and attended Douglas County High School in Douglasville, Georgia where he was a member of the varsity football team. At the time of his death Jamarion attended Clark Atlanta University but was preparing to transfer to Tuskegee University. A student athlete at Clark Atlanta University, Robinson was recognized as Freshman Player of the year, and was interested in a career in professional football. Days before his death, Robinson contacted his coach at Tuskegee University to confirm completing the necessary paperwork and to indicate he would see his coach at football camp.

Prior to the law enforcement agents arriving at the apartment in which Robinson’s girlfriend stayed, his mother was interviewed by Atlanta police. She told the officers that her son had been diagnosed as a paranoid schizophrenic and was not regularly taking his medication. The day of the shooting Atlanta police served an arrest warrant based on allegations that Robinson had pointed a firearm at two other policemen the prior week.

Robinson’s death sparked outrage partly because the Atlanta police did not attempt to utilize mental health professionals in his apprehension despite their knowledge of his mental health problems. Also, despite officers having body cameras, none were turned on during the confrontation.

During the last week of October 2021 two Atlanta-area law enforcement officers were charged with felony murder.