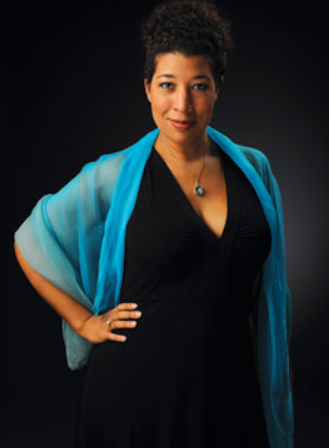 Mary Elizabeth Williams, soprano opera singer, was born on January 7, 1977 in Philadelphia, Pennsylvania. Her mother Mary Lynn Williams is a retired high school English teacher and her father James Emuel Williams worked in human resources management for several companies such as Bell of Pennsylvania and General Electric. He was also a real-estate investor.

Williams first started singing as a child with her parents in the inner-city Philadelphia church their family attended. Since there was no children’s choir, the choir director made an exception and allowed her to join the adult choir. Both of her parents were amateur musicians and Williams credits her father for introducing her to different genres of music while growing up.

Williams attended the Philadelphia High School for Girls until 1993 when she left early to attend college. In 1994, she graduated in absentia from the high school. In 1997, Williams received a Bachelor of Arts degree in English Literature and a minor in music from Luther College in Decorah, Iowa. She then enrolled at Northwestern University to work on an M.A. in Music. Then in 1999, she enrolled at the University of Wisconsin-Milwaukee to earn a Performance Certificate.

In 2000, Williams studied with the Seattle Washington Opera through the Young Artist program to further her training as an opera singer. Then from 2002 to 2004 she trained under the Young Artist program with the Opéra National de Paris in France. Since 1998, Williams has also studied regularly with Dr. Constance Haas, a voice teacher who teaches at the Eastman School of Music in Rochester, New York.

Soon after graduating from Luther College she began her professional singing career with the national Broadway tour of Showboat which toured nine cities in the United States. Williams began her operatic career after completing her Young Artist contracts establishing herself as a spinto soprano. Spinto sopranos are well known for their powerful voices and can achieve great volume easily heard over music orchestration. Since 2013, Williams has performed increasingly more demanding dramatic coloratura soprano roles. Coloratura sopranos can add elaborate ornamentation to vocal melody when singing.

Williams considers singing the title role of Norma with the Florida Grand Opera in 2016 the highlight of her career so far due to the technical challenges of the role. In the future she wants to continue to explore dramatic bel canto repertoire such as Les Troyens, Don Carlo, and Ariadne Auf Naxos.

In early 2014, Williams married Lorenzo Decaro, a tenor opera singer who she had first met when they portrayed an on-stage couple in Aida in Palermo, Italy. Mary Elizabeth Williams is a regular guest artist for opera houses like the Seattle Opera and the Welsh National Opera. When she is not traveling to various cities worldwide on tour she resides in Milan, Italy with her husband.