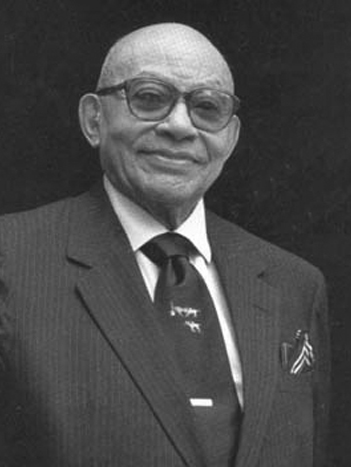 A marine biologist, academic, and administrator, Samuel Milton Nabrit was born in Macon, Georgia, to James Madison Nabrit and Gertrude West on February 21, 1905. Upon completing his elementary and high school education, he entered Morehouse College in 1921. There he earned the B.S. degree in Biology in May 1925 and spent the summer teaching at his alma mater. His stay at Morehouse was short lived because in September, 1925, he entered the University of Chicago where he pursued a master’s degree. Five years after completing his M.A. in 1927, Nabrit became the first African American to receive a Ph.D. in Biological Sciences when he graduated from Brown University in 1932.

Nabrit spent the next twenty-five years of his life in two administrative posts at Atlanta University, as chair of the Biology Department and dean of the Graduate School. In 1955 he was appointed the second president of Texas Southern University (TSU) in Houston, Texas. Nabrit served TSU for ten years (1955-1966) during the civil rights movement. Nabrit felt particularly close to civil rights activists partly because his brother, noted civil rights lawyer James Nabrit, was one of the three attorneys who successfully argued the Brown v. Board of Education decision before the U.S. Supreme Court in 1954. Years later Samuel Nabrit proudly recalled that during his tenure no students were expelled from Texas Southern University for participation in civil rights demonstrations.

While president of Texas Southern University, Nabrit was appointed a member of President Dwight Eisenhower’s National Science Board (1956). Ten years later President Lyndon B. Johnson appointed him the first black to serve on the Atomic Energy Commission in 1966. Shortly after leaving TSU, Nabrit became the first black member of the board of trustees of Brown University in 1967.

Samuel Nabrit, a member of  Sigma Pi Phi fraternity, was married to Constance Croker who preceded him in death. They had no children. Ninety-eight year old Samuel Milton Nabrit died in his home in Atlanta on December 30, 2003.