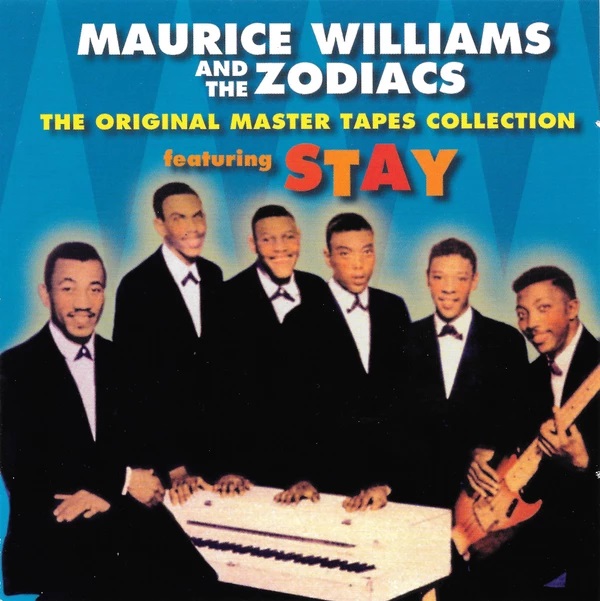 Maurice Williams and the Zodiacs

Maurice Williams and the Zodiacs were an American Doo-Wop and Rhythm and Blues vocal group in the late 1950s and early 1960s best known for their number one hit song, “Stay”. Founding member Maurice Williams, was born April 26, 1938 in Lancaster, South Carolina and as a musically inclined youth, formed the gospel group, the Junior Harmonizers, with his childhood friend Earl Gainey. The group expanded to include Willie Jones, William Massey, and Norman Wade and changed its name first to the Royal Charms and in 1959 to the Zodiacs.

In the summer of 1959, the band began recording on Shakespeare Road in Columbia, South Carolina with recording engineer Homer Fesperman. The band recorded various tracks, but it was one of their final tracks recorded that day that would bring the group fame. The track, “Stay,” was a Rock N’ Roll and Doo Wop song Williams composed a few weeks prior to entering the studio. The recording was pressed and released in early 1960 by Al Silver.

“Stay” received additional publicity and reached listeners throughout the decades as the song was covered by various recording artists. Beginning in 1963 with the British rock band, the Hollies, “Stay” became the groups’ debut Top Ten hit single in the United Kingdom. Another version of “Stay” was recorded and released in 1963 by the Four Seasons and Jackson Browne found future success in 1978 with his recording of the song. Each of these subsequent releases reached the Top 20 in the U.S., with over one million in sales for each rendition in the United States alone.

However, it was the inclusion of the Zodiacs’ “Stay” on the soundtrack to the film Dirty Dancing in 1987 that became the high-water mark for Williams and the Zodiacs. The song reached a new, younger audience and has gone on to sell more than 10 million copies worldwide since the soundtrack first appeared.

Maurice Williams remained in the music business throughout the 1970s, 1980s, and 1990s recording, touring, and releasing music during each decade. The one minute and 36 seconds of “Stay,” however, remain his most historic contribution to the music industry. In 2010, Maurice Williams was inducted into the North Carolina Music Hall of Fame.