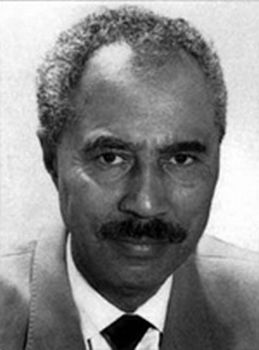 Hans-Jürgen Massaquoi was born on January 19, 1926 in the city of Hamburg, Germany. The son of the German nurse Bertha Baetz and the Liberian businessman Al-Hajj Massaquoi, Hans-Jürgen spent the first years of his life with the family of his paternal grandfather, Momolu Massaquoi, the Consul General of Liberia in Germany. When political turmoil broke out in the ambassador’s homeland in 1929, he and his son, Al-Hajj Massaquoi, returned to Liberia, leaving Bertha Baetz and her son Hans-Jürgen in Germany.

Accustomed to the luxurious lifestyle of their African protector, Massaquoi and his mother soon had to face the harsh reality of their new lower-class daily existence.  Things got worse when Hitler and his Nazi Party came into power in January 1933. Facing increasing racial hostility, Massaquoi tried to blend into Nazi society but was doomed to failure because of his dark complexion. As a non-Aryan he was refused entry into the Hitler Youth and a higher education. Instead, he served an apprenticeship as a machinist and pursued his hobby, boxing, which later made him good friends with boxing legend Muhammad Ali. Massaquoi survived the war in Hamburg, despite facing both racial hatred from the Germans and the Allied bombing raids of 1943 that reduced vast parts of the city to rubble.

After World War II Massaquoi made a living as a saxophonist in different Allied night clubs in Hamburg, until he went to Liberia in 1948 for a reunion with his father. In 1950 Massaquoi arrived in the United States on a student visa. Although not a U.S. citizen, he was drafted because of a clerical error and had to serve two years as a paratrooper with the 82nd Airborne Division of the United States Army.

Taking advantage of the G.I. Bill, Massaquoi earned a degree in Journalism from the University of Illinois in 1957 and soon started his career at Chicago-based Jet magazine. In 1967 he became managing editor of Ebony magazine, one of the most influential publications for African Americans. Massaquoi stayed at Ebony until his retirement in 1997, interviewing some of the most important African Americans of the era, among them civil rights activists Dr. Martin Luther King and Malcolm X and celebrities including Jesse Owens, Fats Domino, and Diana Ross.

In 1999 Massaquoi published his autobiography Destined to Witness, in which he describes his childhood in Nazi Germany. The book was made into a movie in 2006 by German television.