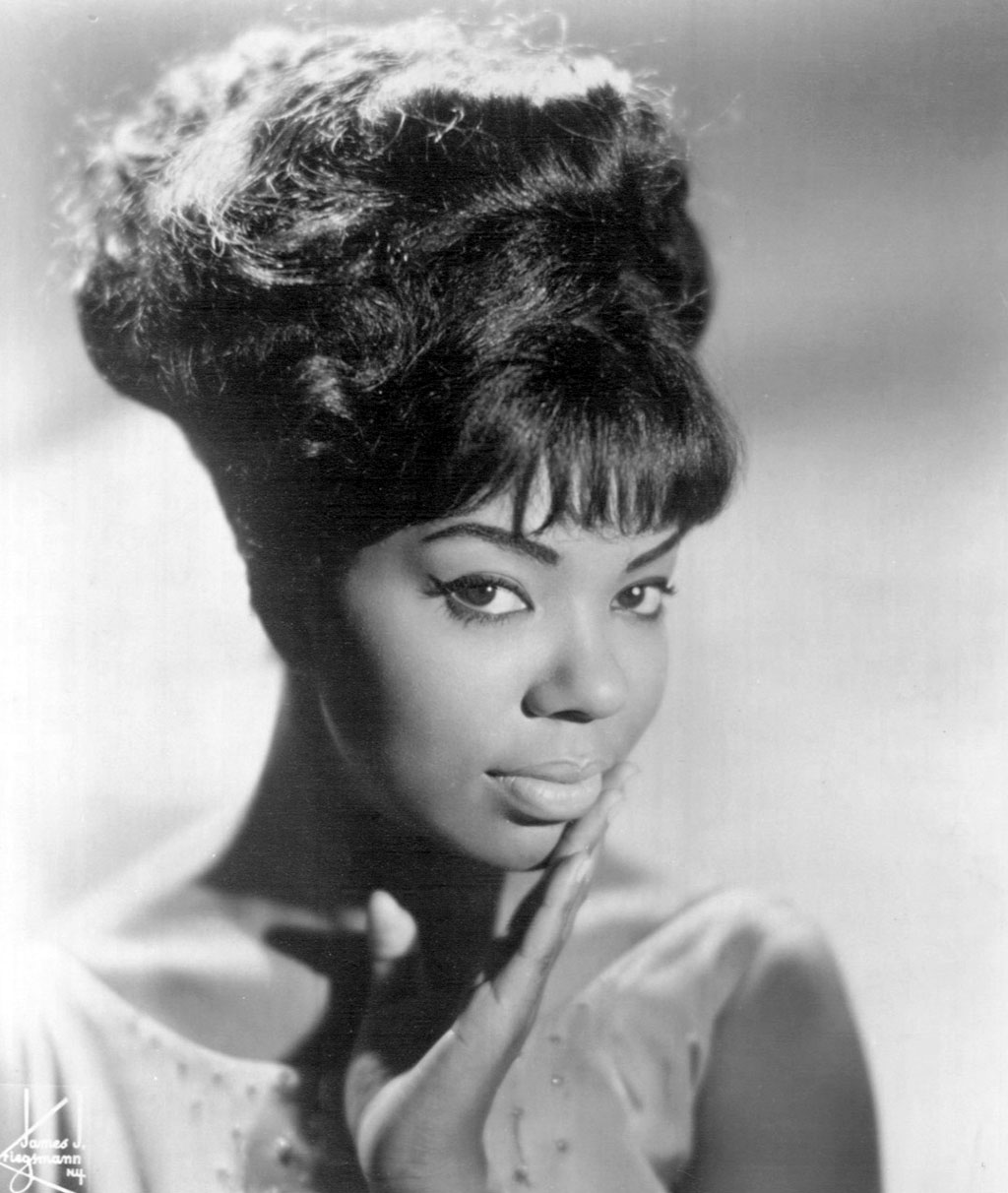 Legendary Composer, singer, lyricist Mary Wells was born Mary Esther Wells on May 13, 1943, in Detroit, Michigan to Arthur Wells and Geneva Campbell Wells. Her brothers were Thomas and Fletcher. When she was two years old, Wells was diagnosed with spinal meningitis and partial paralysis. She was visually and hearing impaired. At the age of 10, Wells tested positive for tuberculosis. She did regain her health and was able to function adequately and began singing in local clubs and played the clarinet.

Wells graduated from Northwest High School in Detroit in 1960. Weeks later. she married R&B-blues singer, conductor, and dancer Herman Lewis Griffin from Selma, Alabama. Later that year she signed with and performed for the first time at Tamla Records, a division of Motown Records. Her first single composition was “Bye Bye Baby” which peaked at # 8 on the Billboard R&B chart and # 45 on the single pop chart in 1961. That same year, Wells signed a contract with the Motown record label. In 1962, she released “The One Who Loves You,” a single that made # 2 on the R&B chart and # 8 on Hot 100. Also, her single “Two Lovers” hit the Top 10 of Billboard’s Hot 100, peaking at # 7, thus becoming Wells’ second # 1 hit on the R&B chart. More than one million copies were sold, earning her a gold disc.

In 1963, Wells’ “You Beat Me to the Punch” was nominated for Best Rock & Roll Recording. By that point she divorced Griffin and began dating guitarist Cecil Dale Womack from Cleveland, Ohio when she was 21 and working on the song “My Guy.” Released in 1964 the song hit # 1 on the U.S R&B chart and was especially popular in Great Britain. That year Wells became the first Motown artist to perform in the United Kingdom, opening for the Beatles on a British tour.

Wells left Motown in 1965 and signed a contract with Atlantic Records in 1966. Later that year her son, “Dear Lover” reached the R&B top 10.  She also married Womack with whom she had two sons, Cecil Jr. and Harry, and one daughter, Stacy.

Wells retired from performing at 27 in 1970 to nurture her family. The retirement, however, was short-lived since from 1971 through 1974, she was back in the studio recording on the Reprise label. She divorced Cecil Womack in 1977 and began living with his brother, Howard Curtis Womack. They had a daughter together named Sugar.

In 1985, Wells appeared and was celebrated at “Motown’s 25th Anniversary “television special, and in 1989, she received an honorary Pioneer Award from the Rhythm and Blues Foundation.

Mary Esther Wells died in Los Angeles, California, on July 26, 1992, of laryngeal cancer. She was 49 years old. After her death, the composition “My Guy” was posthumously inducted into the Grammy Hall of Fame in 1999 and in 2006 she was inducted into the Michigan Rock and Roll Legends Hall of Fame.