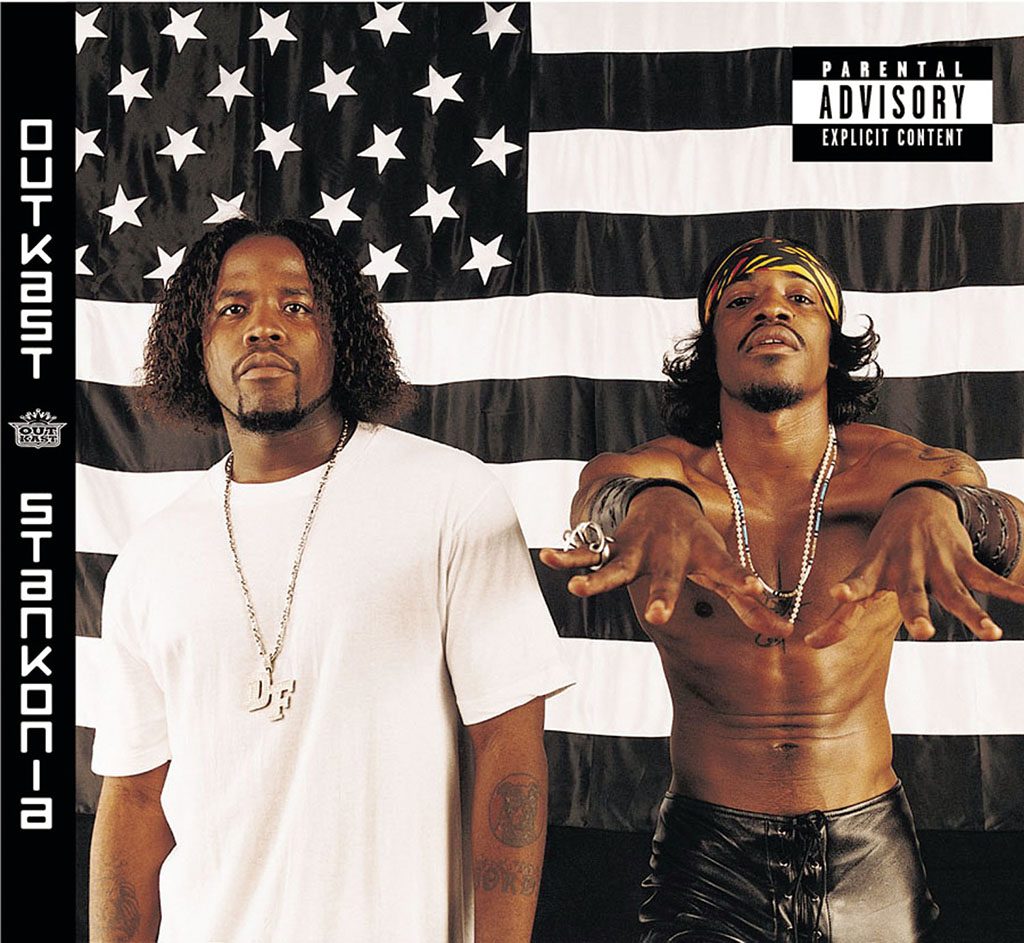 Outkast is a southern hip hop group from Atlanta, Georgia which includes Andre Lauren “Andre 3000″ Benjamin and Antwan “Big Boi” Patton. The two formed the group after they met at the Lenox Square Shopping Mall in Atlanta in 1992. After graduating from high school in 1993, Benjamin and Patton signed a record deal with Laface Records. In 1994, their first album was released. It was called Southernplayalisticadillacmuzik and featured singles including “Player’s Ball,” “Southernplayalisticadillacmuzik,” and “Git Up, Git Out.”  The album was certified platinum, selling over a million units and winning the 1995 Source Award Best New Rap of the Year.

In 1996, Outkast released their second album, ATLiens with the singles “Elevators (Me &You),” “ATLiens,“ and “Jazzy Belle.” This album sold over two million units. In 1998, the group released their third album, Aquemini, that feature singles “Rosa Parks,” “Skew It on the B.B.Q.,” and “Da Art of Storytelling” (Pt.1). This album also sold over two million units and was nominated for a Grammy Award in 1999.

In 2000, Outkast released their fourth studio album, Stankonia, that feature the hit songs “B.O.B. (Bombs Over Baghdad),” “Ms. Jackson,” and “So Fresh, So Clean.” This album would be a certified quadruple platinum because it sold over four million units. It also won two Grammy Awards in 2002. In 2003, Outkast release their fourth album, Speakerboxxx/ The Love Below that included the singles “Hey Ya!”, “The Way You Move,” and “Roses.” Speakerboxxx/ The Love Below is by far the group’s bestselling group album.  It was certified diamond after selling more than eleven million units. Speakerboxxx/ The Love Below also won three Grammy Awards in 2004. In 2006, Outkast released their final album, Idlewild, featuring singles, “Mighty O,” “Morris Brown,” and “Hollywood Divorce.” The album sold a million units and was nominated for two Grammys in 2007.

After the group broke up in 2007, Benjamin and Patton pursued solo careers. Benjamin appeared on many music artists’ songs, including John Legend and Beyoncé Knowles. Benjamin also developed an acting career, appearing in the 2006 films, Idlewild and Charlotte’s Web (2006) and he had an animated cartoon series on Cartoon Network called “Class of 3000,” which aired from 2006 to 2008. In 2008, Benjamin launched his clothing line called “Benjamin Bixby.

Benjamin was at one time in a relationship with Erica “Erykah Badu” Wright. The couple have one son, Seven Sirius Benjamin, in 1997. Patton is married to Sherlita Patton. The couple have three children together. Patton also has another son from a previous relationship.