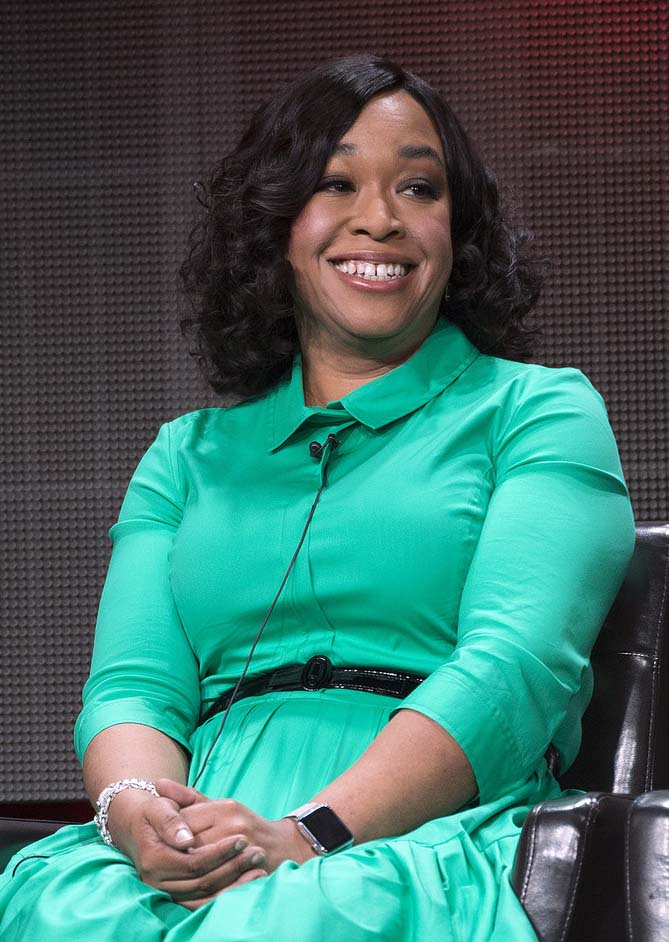 Rhimes was born January 13, 1970 in Chicago, Illinois as the youngest of six children. Her mother was a college professor and her father a university public information officer. She has two adopted daughters, Harper Rhimes, born in 2002, and Emerson Rhimes, born in 2012.

Rhimes graduated from Dartmouth College in 1991, earning a B.A. degree in English literature. She then attended the University of Southern California, where she earned an MFA in filmmaking in 1994. She acquired an agent based on the strength of her final film school project and was asked to write a spec script, which promptly got sold, although the movie was never filmed. One of her first jobs in film making came when she was hired to write the script for the 1998 movie Introducing Dorothy Dandridge, which won both a Golden Globe and an Emmy.

Rhimes never expressed an interest in working in TV, but after noticing a lack of television shows with realistic female characters, she began working on her most famous show, Grey’s Anatomy. She combined her love of watching live surgery on TV with her experiences working as a candy-striper as a teenager. The show chronicles the story of Meredith Grey, a surgical resident at the fictional Seattle Grace Hospital, where she struggles with balancing her personal life and the time-consuming demands of her medical career. Rhimes has been praised for the show’s vivid dialogue, strong characterization, and “color blind casting.” In this process, she never wrote in the race of any of the characters on the show, with the exception of the character Miranda Bailey, played by Chandra Wilson. The roles were given to the actors or actresses with the audition that best fit the role. As a result, the cast of the show is multi-racial, a phenomenon rarely seen on TV. The show has received a Golden Globe Award for Best Television Series (2007), a prime-time Emmy Award (2005), and a Writers Guild Award in 2006 for Best New Series.

For her work on Grey’s Anatomy, Rhimes has earned several awards, including the 2007 Television Producer of the Year award from the Producers Guild of America, a Lucy Award for Excellence in Television from Women in Film (2007) and multiple NAACP Image Awards for Outstanding Writing in a Dramatic Series.

Rhimes’s other works include writing the film Crossroads (2002) and The Princess Diaries 2: Royal Engagement (2004).