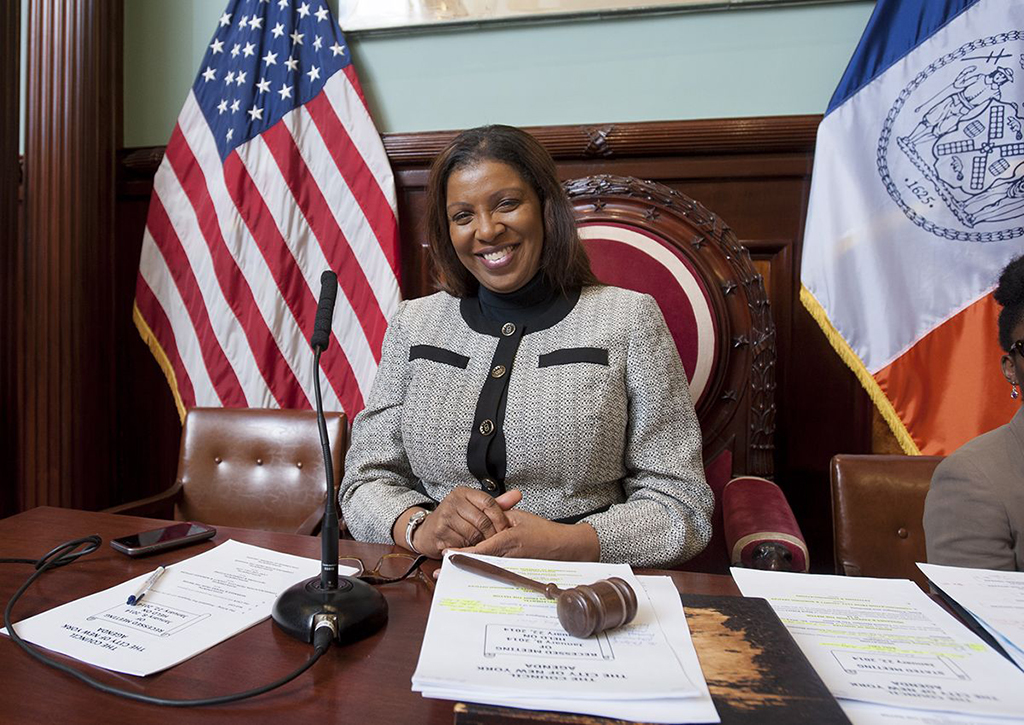 Letitia “Tish” James is a lawyer, activist, and the first African American female Attorney General of the state of New York. James was born in Park Slope, Brooklyn, New York on October 18, 1958. Her father, Robert, was a maintenance man, and her mother Nellie scrubbed floors before working her way up to customer service. The couple had eight children. In her youth, James attended Fort Hamilton High School and Lehman College in the Bronx, where she majored in liberal arts with an emphasis on social work and graduated in 1981 with her BA. She then received her J.D. from Howard University in Washington, D.C., and passed the bar exam in New York state in 1988. James later studied at Columbia University Graduate School of International and Public Affairs, receiving her master’s degree in public administration in 2003.

James first worked as a public defender in the New York Legal Aid Society, and founded the Urban Network, a coalition of minority organizations that raise money and distribute college scholarships to deserving inner city youth. James served as chief of staff for former New York Governor Mario Cuomo’s Task Force on Diversity in the Judiciary, and as Counsel for State Assemblyman Albert Vann in the New York State Assembly for ten years. She was appointed Assistant Attorney General in 1999 by then Governor George Pataki, a Republican.

James first ran to represent the 35th District of the New York City Council in 2001 but lost to James E. Davis. After the assassination of Davis in 2003, James defeated Democratic nominee Geoffrey David, brother of the late James Davis, running as a member of the Working Families Party. James won and became the first third-party candidate to be elected to the city council in over twenty-five years. James spent most of her ten-year tenure in the Assembly working on the Atlantic Yards project, now The Barclays Center, Brooklyn’s largest housing development project in its history. The October 2006 fire at the historic Broken Angel House prompted James to sponsor two New York laws that focus on public housing code violations, and safety in child day care centers.

James ran as a Democrat for New York City Public Advocate in 2013. She won the run-off election by a margin of 59 percent to 41 percent over state Senator Daniel Squadron. Without a Republican opponent, James won the general election with over 83 percent of the vote, and became the first African American and the first woman in New York City history elected to citywide office.

In 2018, James decided to run for New York Attorney General after former attorney general Eric Schneiderman resigned in disgrace amid reports of his having a alcohol addiction and having abused several women. James won the general election on November 6, 2018, with 61.9 percent of the vote against Republican Keith H. Wofford. On January 1, 2019, James was sworn in as the 67th Attorney General of New York and immediately set her sights on battling President Donald Trump with multiple violation lawsuits in New York.