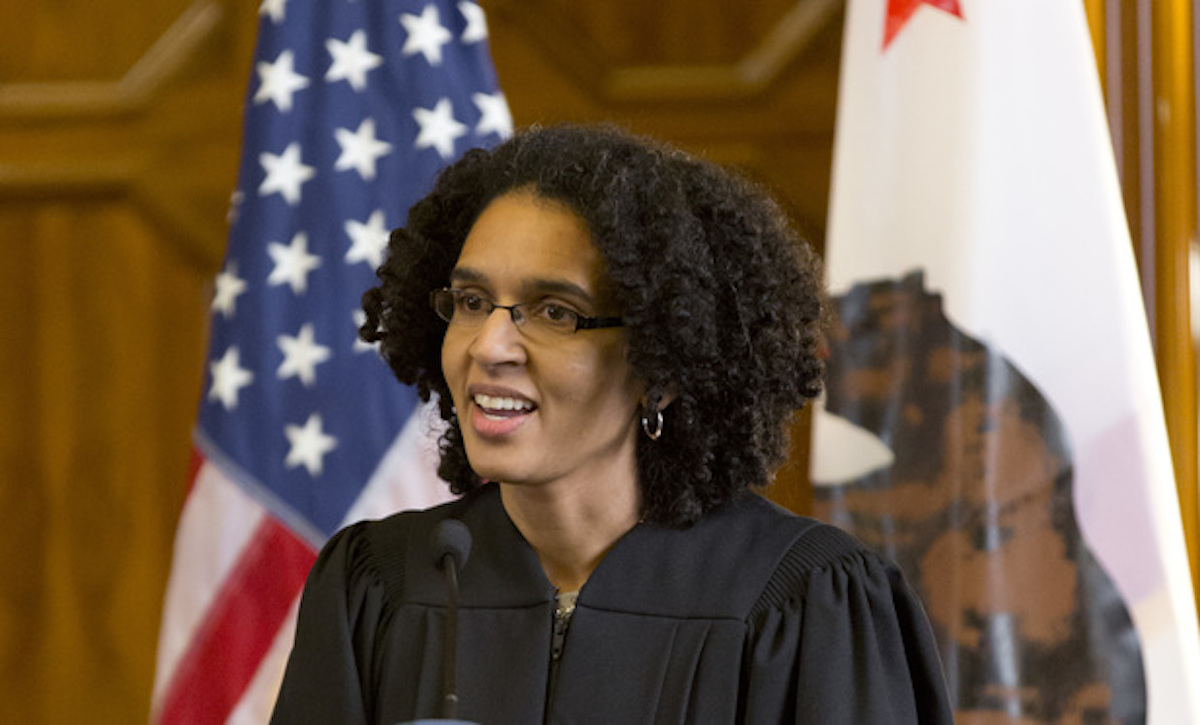 Swearing in ceremony for Justice's Mariano-Florentino Cuéllar and Leondra Kruger

Leondra Reid Kruger, a Justice on the California Supreme Court, was born on July 28, 1976, in Glendale, California, to Leon Kruger and Audrey Reid Kruger from Jamaica. Both of her parents were physicians. However, she was reared in South Pasadena. She has two siblings. Editor-in-chief of Polytechnic High School’s newspaper in Pasadena, Kruger graduated from the high school in 1993. She then enrolled at Harvard University and received a Bachelor of Arts degree in 1997. While at Harvard Kruger was a reporter for the Harvard Crimson and was awarded the Phi Beta Kappa key in 1997. In 2001, she earned a Juris Doctor from Yale Law School. While at Yale she was editor-in-chief of the Yale Law Journal, the first Black woman to hold that position.

In 2006, Kruger was a visiting assistant professor at the University of Chicago Law School, where she taught a class in transnational litigation. And in 2007, she joined the U.S. Department of Justice where she was an Assistant to the Solicitor General and later Acting Deputy Solicitor General. While there, Kruger argued 12 cases before the United States Supreme Court on behalf of the federal government. Afterward, in 2013, she served as a deputy assistant attorney general at the United States Department of Justice’s Office of Legal Counsel. 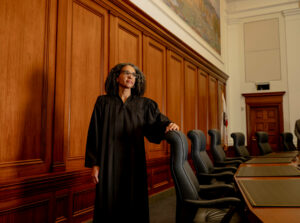 In 2014, Kruger was confirmed by a special three-member committee to the California Supreme Court as a judge. At that time, U.S. Vice President Kamala Harris was state attorney general. Since 2015, Kruger has been a California Supreme Court justice. In 2018, she authored a noticeable opinion in a 4-3 ruling that upheld the law requiring people arrested for suspected felonies to provide DNA specimens, even before charges are filed. In 2019, she authored several more opinions, including one reflecting a unanimous court that allowed a death row inmate, who claimed racial discrimination during jury selection, to review a prosecutor’s notes. She also wrote the opinion in a unanimous ruling that upheld a white supremacist’s convictions and two years later in 2021, Kruger wrote a unanimous decision regarding sexual abuse of minor plaintiffs training for the Olympics in taekwondo by their coach. The decision held that the athletes could sue USA Taekwondo but not the U.S. Olympic Committee because the Committee did not have a duty to protect or care for the plaintiffs.

Justice Kruger is married to attorney Brian Hauck. The couple have a son and daughter.

Amy Howe, “Profile of a potential nominee: Leondra Kruger,”https://www.scotusblog.com/2022/01/profile-of-a-potential-nominee-leondra-kruger/; “Irin Carmon, “What Will It Take to Get a Black Woman on the Supreme Court? The fate of Biden’s campaign promise lies with Georgia, ”https://nymag.com/intelligencer/2020/12/what-will-it-take-to-get-a-black-woman-on-the-supreme-court.html; Nina Totenberg, “Leondra Kruger, a star on California’s high court, is on Biden’s Supreme Court list, ”https://www.npr.org/2022/02/15/1079356063/leondra-kruger-biden-supreme-court;