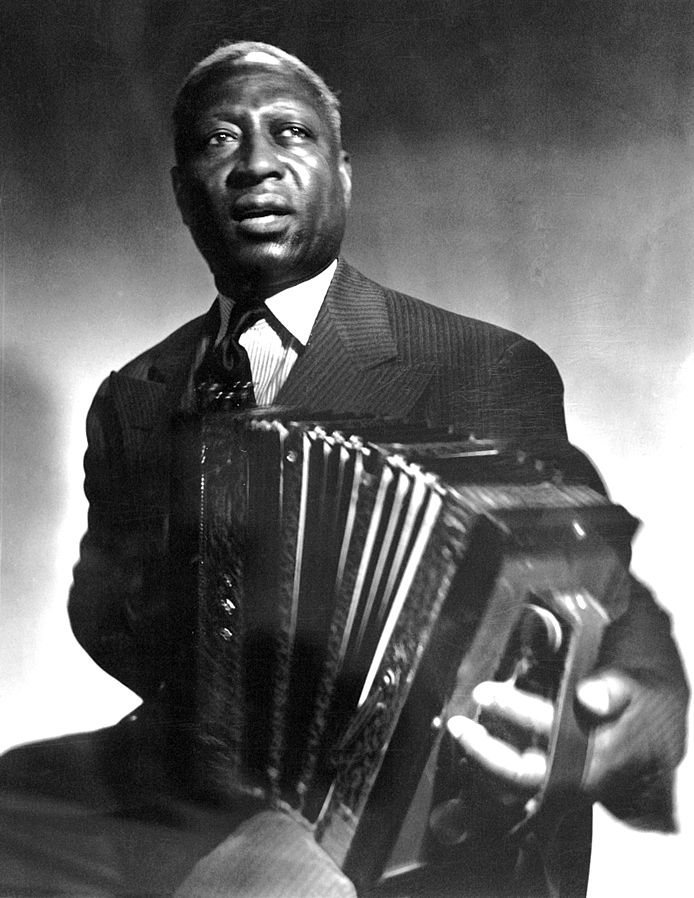 Huddie Ledbetter was born January 15, 1888, on the Jeter Plantation near Mooringsport, Louisiana. He was an only child who quickly became interested in music when he received his first instrument (an accordion) from his uncle Terrell. In 1903at the age of 15, Ledbetter he began playing guitar at local parties and found his way into performing in dance halls in a section of Shreveport, Louisiana called St. Paul’s Bottoms and known for its saloons, brothels and dance halls. After traveling through Louisiana he settled in Dallas, Texas until 1908 when he became ill and returned to Louisiana to stay with his parents for two years.

When recovered he went back to Dallas where he encountered for the first time the  instrument that would become the most integral part of his music, a 12 string guitar which he named “Stella.”  Ledbetter also reputed to have worked with Blind Lemon Jefferson in this time, although some accounts suggest that he may have exaggerated their close friendship. Later in life Ledbetter would record Lemon’s song “hot dogs” as a tribute to him.

Ledbetter was known to have a quick temper, a trait that got often him into trouble in the venues he played.  These were usually places where violence was common. In 1915 he was jailed for assault and escaped to live for a short time under the alias of Walter Boyd.  Two years later he was jailed at Shaw State Prison for the murder of William Stafford. While in prison, Ledbetter gained notoriety for his hard work and his musical abilities. He convinced Texas Governor Pat Neff that he had seen the error of his ways by singing a ballad asking to be pardoned. As one of Governor Neff’s last official acts in office in 1925, he pardoned Ledbetter who soon returned to traveling and playing music. In 1930, however, Ledbetter was convicted of attempted homicide in Louisiana and was sent to Angola State Prison.

It was at Angola Prison where Ledbetter was “discovered” by John Lomax, a folklorist who was then traveling across the nation collecting recordings of prison music to be submitted to the Library of Congress. Lomax recorded Ledbetter on two separate occasions and when the blues artist was released in 1934 for good behavior he joined Lomax in his tour of prisons. Ledbetter settled in New York City a year later and began recording. He struggled to produce a “hit.”  He was unsuccessful during his lifetime although six months after his death a folk group called The Weavers adapted his song “Goodnight Irene” and turned it into a worldwide hit.

A formidable and talented man, Huddie Ledbetter was instrumental in bringing the folk tradition of Blues, which many thought to be on its way out, back into the public eye. Later in his life he began showing symptoms of Amyotrophic lateral sclerosis (commonly called “Lou Gehrig’s Disease”).  He passed away on December 6, 1949, in New York City.  Huddie Ledbetter’s body was returned to his native Louisiana.  He was buried in the Shilo Baptist Church graveyard near where he was born.