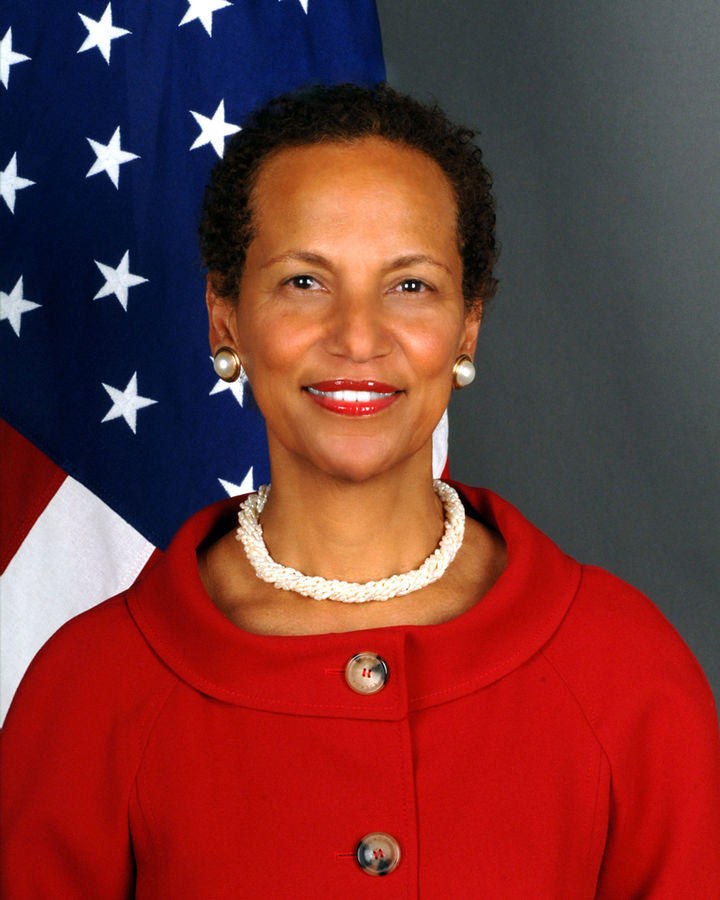 Betty Eileen King is a public servant, philanthropist, and diplomat who has spent her career working to improve the lives of people around the world. Born in 1957 on the Caribbean island of St. Vincent, King attended Grenadine Girls High School in Kingstown, the island nation’s capital, before setting off to pursue her higher education in Canada and the United States.

By the early 1980s, King resided in Little Rock, Arkansas, during which time she held positions at the University of Arkansas at Pine Bluff and the State of Arkansas Department of Aging. While in Little Rock, she met the Arkansas attorney general at that time, William Clinton, initiating a friendship and professional relationship that would resurface throughout her career. King moved to Washington, D.C., in the late 1980s where she served as the District of Columbia Deputy Commissioner for Mental Health Services and concurrently Child and Youth Services Administrator (1988-1990).

After working seven years in the private sector, now President Clinton, chose King in 1997 to lead U.S. interests at the United Nations Economic and Social Council (UN/ECOSOC), appointing her as an Alternate U.S. Representative to the 52nd UN General Assembly, and as U.S. Representative to ECOSOC, with rank of ambassador. She continued in this capacity briefly under President George W. Bush until 2001.

At UN/ECOSOC, Ambassador King led U.S. efforts to promote global human rights and economic development. She also addressed issues involving children, aging, and population. Among her most significant contributions was her service as principal U.S. negotiator on the Millennium Development Goals (MDGs), a set of measurable international development indicators. These goals have become the gold standard by which virtually all international development activities are now judged.

After leaving the UN/ECOSOC, Ambassador King returned to private life but remained active in championing humanitarian causes. In 2009 President Barack Obama appointed her to serve as U.S. Representative to the Office of the UN and Other International Organizations in Geneva, Switzerland (US/UN Geneva) with the rank of ambassador. Serving in this post from 2010 to 2013, Ambassador King led U.S. engagement with the UN and more than thirty other international organizations, including promoting U.S. foreign policy and national security interests both globally and regionally.

Throughout her career, Ambassador King has dedicated her time and expertise to development and philanthropic organizations. She has served on the boards of Refugees International, The United Nations Association of the United States, the Caribbean Women’s Health Association, and the Centers for Disease Control and Prevention (CDC) Foundation. She has also held senior leadership positions with several philanthropic organizations, including the Annie E. Casey Foundation (1990–1997), California Endowment (2003), and Atlantic Philanthropies. In each role, King has made contributions to improving the health and well-being of disadvantaged populations domestically and globally.