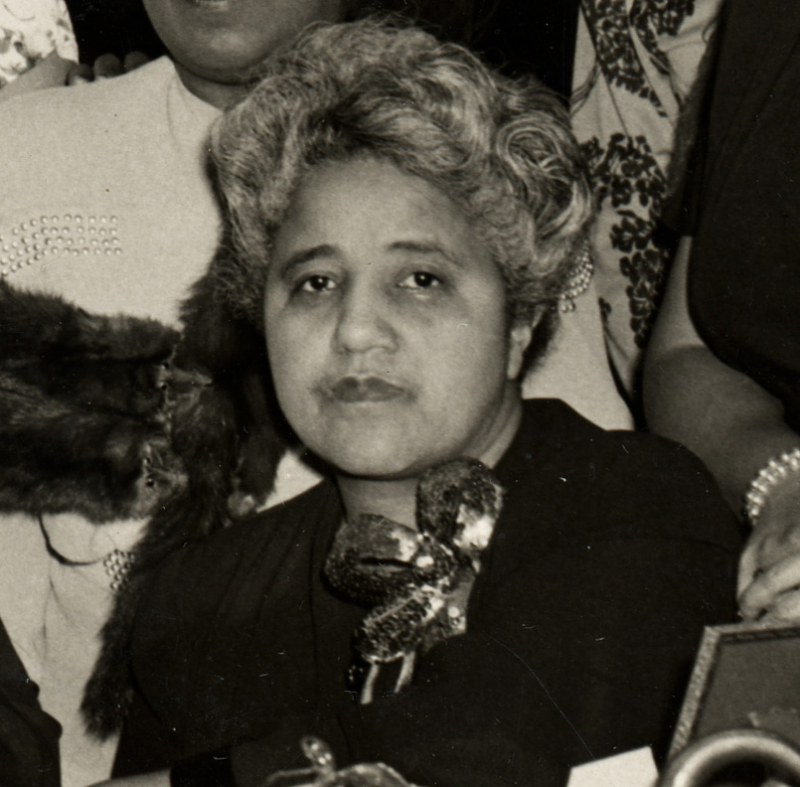 Marjorie Stewart Joyner was the inventor of the Permanent Wave Machine thus ensuring her a prominent place in cosmetology history. She helped write the first cosmetology laws for Illinois and founded the United Beauty School Owners and Teachers Association with Mary Bethune McLeod in 1945. Joyner was also active in the African American Community, raising money for black colleges and working with First Lady Eleanor Roosevelt to fight racial segregation and discrimination.

Marjorie Stewart Joyner was born on October 24, 1896, in Monterey, Virginia. She was the granddaughter of an enslaved black woman and white slave owner. She grew up very poor and moved to Chicago in 1912 at age sixteen where she enrolled in A.B. Molar Beauty School. She graduated in 1916, becoming the first African American to do so from that institution. Shortly after graduating from beauty school, Marjorie married Robert E. Joyner, and the couple had two daughters.

After graduation, Joyner opened a salon on South State Street in Chicago. There she met Madam C.J. Walker, an African American entrepreneur who owned a cosmetic empire.  Joyner went to work for Walker and became the national adviser to Walker’s company, overseeing 200 beauty schools.

In 1928, Joyner created and patented her famous invention, the Permanent Wave Machine. It was a new way to curl hair that lasted for days. The invention was inspired by the pins Joyner used when making pot roast that heated the meat from the inside. Her invention consisted of 16 rods connected to an electric cord inside of a drying hood. A client would sit in the hood for a certain period, to set in the curls. Later, she also invented a scalp protector to make the process less painful. Despite the popularity of her invention among black and white women, Joyner never saw any profit from the invention as the rights were owned by Madam C.J. Walker’s company.

Joyner was passionate about helping other African Americans and particularly black beauticians. She founded the Alpha Chi Pi Omega Sorority and Fraternity to help raise professional standards for beauticians.  She befriended Eleanor Roosevelt and worked closely with her to help improve race relations in the United States. In the 1930s, Roosevelt named Joyner to a women’s leadership position on the Democratic National Committee, where she advised several New Deal Agencies reaching out to black women. In 1935, Joyner helped found the National Council of Negro Women. She became the director of the Chicago Defender’s charities overseeing food and clothing drives and fundraisers across the city of Chicago. For six decades, she organized and directed the annual Bud Billiken Parade, which grew into a major festival for Chicago’s African American community.

Over her 50-year career, Joyner taught around 15,000 stylists. In 1987, the Smithsonian Institution in Washington opened an exhibit featuring Joyner’s invention and a replica of her original salon. In 1973, she fulfilled a lifelong dream, earning a bachelor’s degree in psychology from Bethune-Cookman College in Daytona Beach, Florida at the age of 77. Marjorie Stewart Joyner died of heart failure in her Chicago home on December 7, 1994, at age 98.