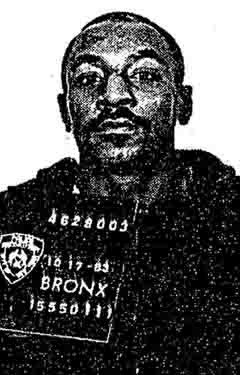 For more than 25 years the Innocence Project has been shedding light on systemic failures of the United States criminal justice system. The authors of the Bill of Rights in the 1780s and 1790s enumerated more than a dozen specific protections for criminal defendants including the right to a speedy and public trial by an impartial jury, the right to confront witnesses, and right to assistance of counsel. And yet, despite all these protections, more than 2,100 people have been exonerated in the US since 1989 after being wrongly convicted. Advocates at Innocence Projects around the country have been working to right these wrongs.

The story of the Innocence Project starts with Marion Coakley. Born in Beaufort, South Carolina in 1955, Coakley moved to New York in 1979. He earned a living as a manual laborer, unloading fruit and vegetable crates and working in a stone-cutting shop. As an adult he read at a second grade level and his IQ was in the seventies.

On Saturday October 15, 1983, two detectives in the Bronx arrested Marion Coakley for the rape of Irma Lopez (Irma Lopez is a pseudonym used to protect the name of a victim of sexual assault). Lopez was raped two nights earlier on October 13th at the Bronx Park Motel. After the rape she was admitted to a hospital where she was treated for wounds resulting from the attack and hospital staff collected evidence as part of a rape kit. The evening of the rape, according to multiple eyewitnesses, Coakley was at a bible-study meeting in his sister’s apartment, not at the Bronx Park Motel. At trial, the Reverend Samuel Manigault, who led the bible-study meeting, testified on Coakley’s behalf as an alibi witness; but the prosecutor was able to make the reverend sound uncertain about his testimony.

Also in 1983, Kary Mullis was developing a process for duplicating and matching DNA, a process called polymerase chain reaction or PCR. He would go on to win the Nobel Prize in Chemistry for his work. The process was adapted for use in criminal investigations in which only tiny fragments of genetic material are available for testing.

Coakley was represented by the Bronx office of the Legal Aid Society, an organization that was founded in 1876 to protect the rights of German immigrants who could not afford a lawyer. Over the years the mission and the clientele of the organization expanded and in 1965 the Legal Aid Society became the primary public defender agency in New York. Coakley’s lawyer, Donald duBoulay, was a successful trial attorney but his repeated requests for more time were denied by Judge David Levy. The case had been worked up by a different defense attorney who had since moved on to another job, and duBoulay was just coming off another trial. Three eyewitnesses who saw the rapist, including Irma Lopez, testified with certainty that Marion Coakley was the rapist and the jury quickly issued a guilty verdict.

The Legal Aid Society, however, was convinced of Coakley’s innocence, but they understood that one of Coakley’s defenses on appeal might be ineffective assistance of counsel—a claim that the Legal Aid Society itself would be conflicted in raising—so they referred the case to Barry Scheck, who worked at a law clinic at Cardozo School of Law and to Peter Neufeld, who had a private practice nearby. Scheck and Neufeld each had more than ten years of experience as practicing attorneys, they had both worked previously at the Legal Aid Society, and they often partnered together on cases.

In 1987, when Scheck and Neufeld were working to overturn Coakley’s conviction, they did not have access to DNA testing based on PCR. Instead they used basic detective work to reveal problems with the eyewitness testimony and they used a test based on the blood type of the semen donor that showed Coakley could not have been the rapist. Eventually, they had enough evidence to convince not only the court, but even the Bronx District Attorney’s Office concluded that they had convicted the wrong man. In December of 1987 based on the evidence presented by Scheck and Neufeld, Chief Administrative Judge Burton Roberts, who took on the case when he heard about the possible exoneration, overturned Coakley’s conviction.  This was the first victory for what would become the Innocence Project.

Other innocence projects have sprung up around the country and around the world. In 1997, Professor Jacqueline McMurtrie founded the Innocence Project Northwest at the University of Washington School of Law which has been responsible for the exoneration of 14 wrongly convicted individuals in Washington State. The Innocence Project Northwest is a member of the Innocence Network, an organization that connects the nearly 70 innocence project organizations worldwide.

Wrongful convictions happen for many reasons. As Scheck and Neufeld note in Actual Innocence, “[s]ometimes eyewitnesses make mistakes. Snitches tell lies. Confessions are coerced or fabricated. Racism trumps the truth. Lab tests are rigged. Defense lawyers sleep. Prosecutors lie.” Of all the reasons for wrongful convictions, eyewitness misidentification testimony was a factor in more than 70 percent of DNA post-conviction exoneration cases. Since the early 1900s, criminologists have conducted experiments demonstrating the unreliable nature of eyewitness testimony. Even the best eyewitnesses make errors and many eyewitnesses reports are filled with more errors than correct statements. Continued analysis and experimentation has demonstrated that memories are changed and embellished over time and that cross-racial identification is subject to an even greater error rate than other aspects of eyewitness testimony.

In the last ten years, popular culture has become captivated by stories of wrongful convictions. In December 2015, Netflix released the first season of Making a Murderer, a documentary viewed by more than 19 million people in the first 35 days after its release. The documentary explored the history of Steven Avery, a man who was convicted of sexual assault and attempted murder in Manitowoc County, Wisconsin and then exonerated in 2003 after serving 18 years in prison. The show picks up after his release from prison and documents charges leveled against Avery for a murder in 2005. The premise of the documentary is that the prosecutors framed Avery for the 2005 murder in retaliation for his 2003 exoneration. Avery remains in prison today, although his case is on appeal. In another example, the first season of the podcast Serial questions the conviction of Adnan Syed in Baltimore, Maryland for the murder of Hae Min Lee. Serial has been downloaded by more than 100 million listeners.

Both the Innocence Project in New York and the Innocence Project Northwest have advocated for policy changes. The exonerations of Rolando Cruz and Ronald Jones, inmates who served time on Illinois’ death row, led then-Illinois Governor George Ryan to issue a moratorium on death sentences in 1999. That same year, Illinois State Senator Barack Obamasponsored a bill requiring that interrogations be recorded. Mandatory recording of interrogations help defense attorneys and innocence project organizations obtain evidence of coerced confessions. Other policy measures advocated by innocence projects include amending eyewitness identification procedures, preserving and testing DNA evidence, and compensation funds for exonerees. In February of 2014 Governor Jay Inslee issued a moratorium on the death penalty in Washington State and the state legislature is currently considering legislation to abolish the death penalty.

Because of their success, innocence projects have been inundated with requests for representation from prisoners claiming to be wrongfully convicted. The projects have developed screening criteria that include a claim of actual innocence (as opposed to mere “legal” innocence) that can be corroborated through DNA testing or other newly discovered evidence. Innocence project organizations review the evidence they receive and, in some cases, the tested DNA evidence confirms that the right person is in prison. But in far too many cases, the criminal justice system has convicted the wrong person.

Innocence Projects around the country have demonstrated that the scope of the problem of wrongful conviction is massive. Living up to the values enshrined in the Bill of Rights would require systemic evaluation and reform. This is an issue that requires public attention. Voters need to educate themselves and their elected officials about the need for criminal justice reform. In many places, voters may also be able to hold their prosecutors accountable at the ballot box. In Washington State, as in many states, the county prosecuting attorney is an elected position. Voters should investigate the extent to which wrongful convictions have taken place in their county and how the prosecuting attorney has responded when someone their office prosecuted has been exonerated. The American justice system was designed to protect against convicting the innocent, but we are not living up to the values enshrined in our founding documents. Voters, lawmakers, and prosecutors need to review and reform the criminal justice system in order to protect the innocent from wrongful conviction.