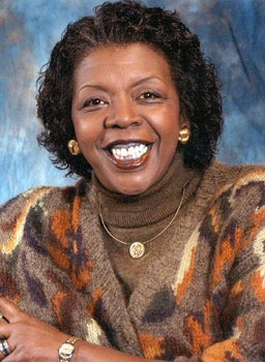 Stephanie Tubbs Jones was a Democratic Representative of the state of Ohio. She was born on September 10, 1949 in Cleveland, Cuyahoga County, Ohio and attended the county’s public schools before getting her bachelor’s degree in social work from Case Western Reserve University in 1971. She also earned a Jurist Doctorate from Case Western Reserve University Law School in 1974.

In January of 1999 Judge Tubbs became the first woman to be elected to the United States House of Representatives from the state of Ohio. She still holds that position and is now in her fifth term in office as representative of the Eleventh Congressional District.

As a congress member, Tubbs is chair of the Committee on Standards of Official Conduct, is part of the Ways and Means Committee, and is active in the Congressional Black Caucus, among other congressional caucuses. She is particularly interested in education, healthcare, and economic development. Among the legislation she has introduced are the Uterine Fibroids Research and Education Act, the Predatory Mortgage Lending Practices Reduction Act, the Campus Fire Prevention Act, and the “Count Every Vote” Act of 2005.

Aside from her work within Congress, Tubbs Jones is also a member of the Delta Sigma Theta Sorority Incorporated and of Bethany Baptist Church in Cleveland. She has recently emerged as one of presidential candidate Hillary Clinton’s strongest supporters in her state and in the Congressional Black Caucus.

Stephanie Tubbs Jones died in Cleveland on August, 20, 2008 of a ruptured brain aneurysm.  She is survived by her son, Mervyn Leroy Jones II.