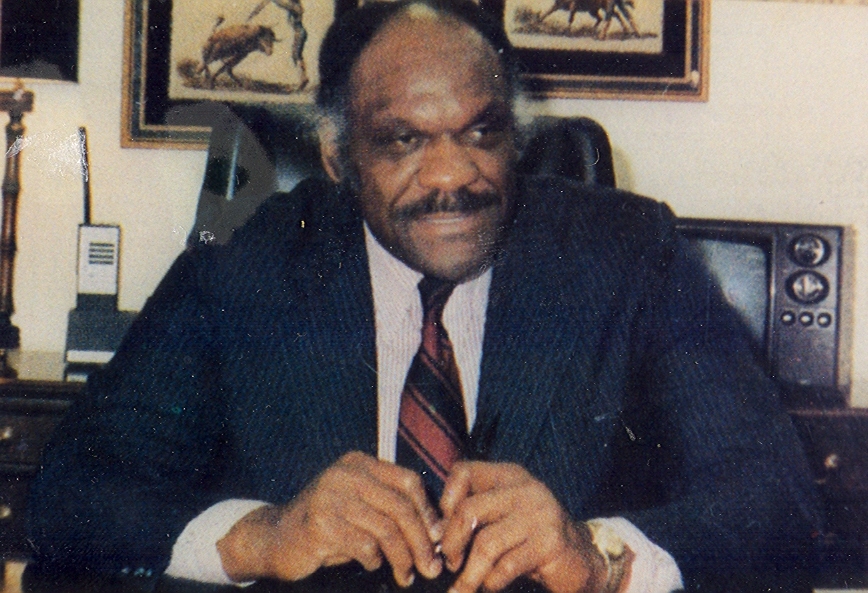 John Haywood Baker Jr. was elected Sheriff of Wake County, North Carolina in 1978. A former professional football player, with his election he would become the first African American sheriff elected in the in the state since the Reconstruction Era,  Baker held the office for 24 years from 1978 until 2002 also making him one of the longest sitting sheriffs in the county’s history.

Nicknamed “Big John” due to his 6-foot-7 stature and his thunderous voice, he was known for both his professionalism as law enforcement officer as well as his compassion for the underprivileged which assured that he saw each person as an individual, worthy of respect and dignity. Baker was a vocal advocate for the youth of Wake County.

Baker grew up in the Oberlin Village section of Raleigh, North Carolina and attended Ligon High School where he played football. He played football for and graduated from North Carolina Central University in 1958. As a standout football player, Baker was the first man drafted into the National Football League from a predominately black college. He was drafted 56th overall by the Los Angeles Rams (1958-1961.) He later played with the Philadelphia Eagles (1962), Pittsburgh Steelers (1963-1967), and the Detroit Lions (1968). During the NFL off-Seasons Baker returned to his childhood community and worked as a youth counselor with the Raleigh Police Department.

One of the defining moments of Baker’s sporting career came in September 1964 when the then-Pittsburgh Steeler tackled football legend Y.A. Tittle of the New York Giants, leaving him bloody and battered in the end zone. The tackle is the subject of a famous picture that became part of sports history.

During his 24 years as Wake County Sheriff, Baker initiated or backed reforms for the criminal justice system.  He proposed, for example, that a charter school be started and located at the county jail. Such a school, Baker argued, allowed incarcerated youths opportunities to obtain education which dramatically reduced the prospect of their reoffending and returning to the criminal justice system.

The John H. Baker Jr. Charter School began in 1997 as one of Wake County’s first charter schools. In 1999 the Football Stadium at Southeast Raleigh Magnet High School was renamed the John H. Baker, Jr. Stadium. In 2002 Baker lost his bid for reelection thus ending his career as Wake County sheriff.

Five years later in September 2007 Baker and his late father, who was Raleigh’s first black police officer, were inducted into the city’s Hall of Fame. Baker was too sick to attend, but his family accepted the honor in his name.