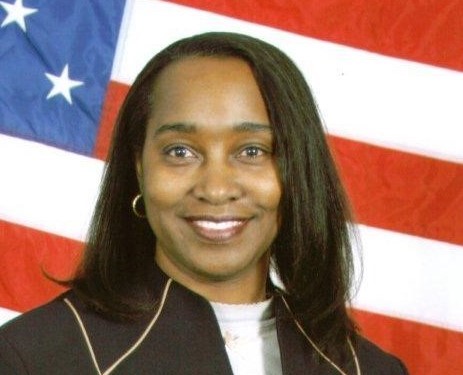 Trudy Lee Wright was born and raised in Clarksville, Tennessee. She attended Bailey Cobb Elementary, but, due to closing had to transfer to Howell Elementary, and on to Greenwood Junior High and then Clarksville High School, graduating in 1973. She completed some Austin Peay State University courses prior to enlisting in the United States Military in the last class of the Women Army Corps (WACS) of 1976. Wright served twenty years diligently in various military locations and organizations as a Clerk Typist, Military Police, Vehicle mechanic, Drill Sergeant and Instructor. She retired honorably as a Sergeant First Class with the last tour of duty Fort Campbell, Kentucky in 1996.

While performing stringent military duties and field services, Wright was finally able to accomplish her main goal of completing college. She graduated from Liberty University, Lynchburg, Virginia in Multidiscipline Studies and Psychology minor. After military service she worked for the federal government as Supply Technician and Human Resources administrator for twenty years.

Wright authored three books:  Revelation of the Eagle; Thy Will Be Done (an ethical human-interest story), followed by Generations of Beauty (experiences of slaves from Middle Tennessee during the Civil War); and Robinson Stars featuring the First African-American Four Star General.

Leon Henry Buck was the first-born child to Ulysses Simpson Grant Buck and Janie Buck in Clarksville, Tennessee on April 15, 1916. He had seven brothers and sisters and attended racially segregated schools in Clarksville. In each step of his educational experiences, he graduated with … END_OF_DOCUMENT_TOKEN_TO_BE_REPLACED