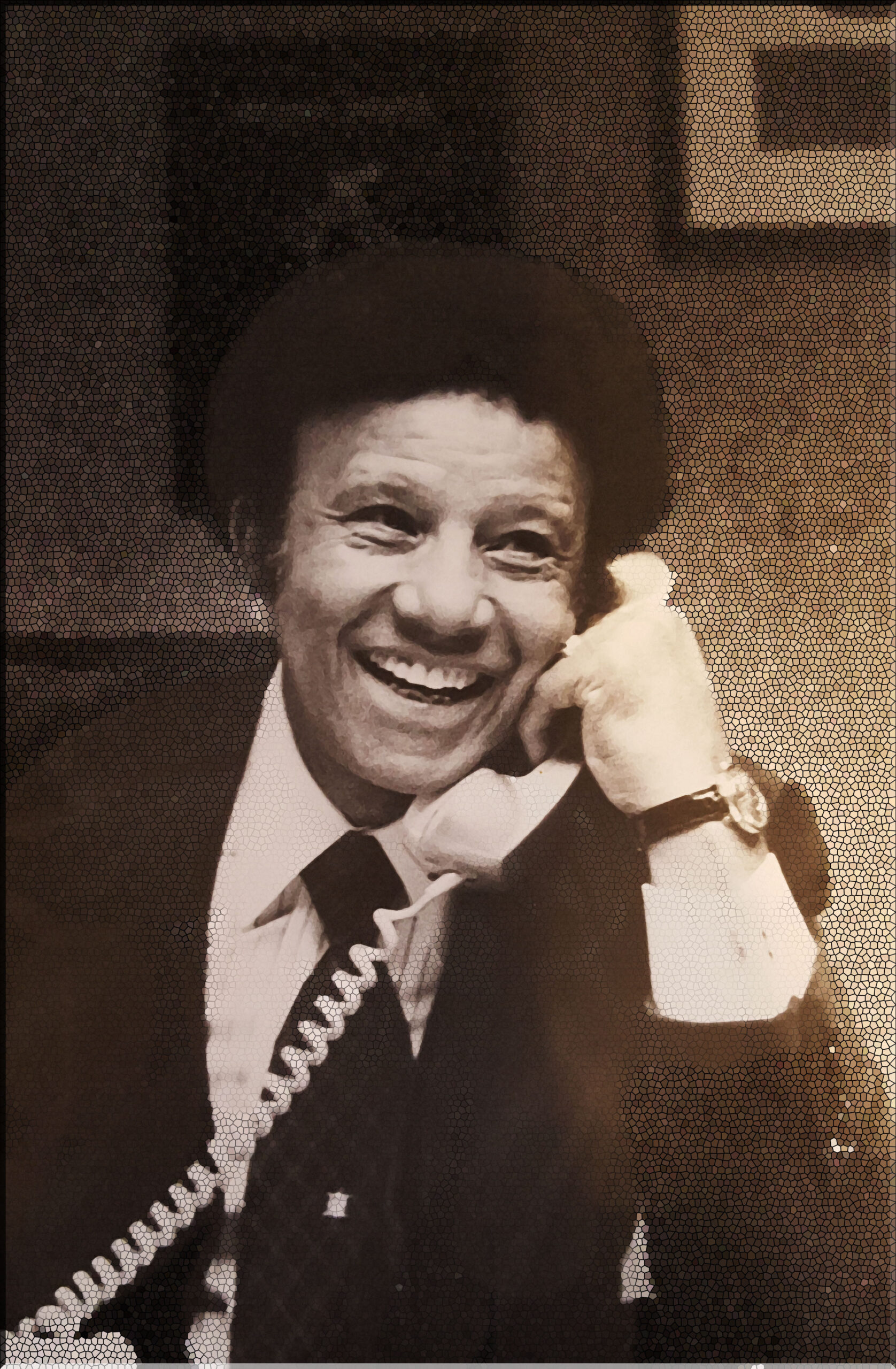 Harold “Hal” Jackson, legendary broadcaster, radio station owner, and philanthropist was born November 3, 1915 in Charleston, South Carolina to Eugene and Laura Jackson. Eugene Jackson owned a successful tailor shop in Charleston allowing the family to live in a comfortable home in an affluent black neighborhood. When Hal Jackson was nine, both of his parents unexpectedly passed away within several months of one another. Jackson lived with relatives in New York and Washington, D.C. until he reached the age of 13 when he independently moved into a District of Columbia boarding house.

Jackson attended Dunbar High School in D.C. and supported himself by working as a shoeshine boy. While in school, he excelled in sports and during his free time worked as an usher for Washington Senators baseball games. After high school Jackson attended Howard University where he worked as a sports announcer for basketball games.

Jackson began his broadcasting career in 1939 with the interview program, The Bronze Review, on Washington, D.C. based radio station WINX. The show was an instant hit and was soon aired on four stations in three cities. Jackson’s success did not come without a struggle. Initially WINX did not want to give Jackson a show because he would have been the first African American entertainer on the station and management feared losing part of their radio audience and sponsors.  To counter their fears Jackson found sponsors in Washington’s African American business community and hired Elrich and Merrick, a prominent local white advertising agency, to buy airtime on his show.

During his career Jackson worked on a variety of shows on a host of stations including a rhythm and blues show, a sports show, and his signature variety show, The House that Jack Built. In 1949 Jackson moved to New York City where he used his fame to spread awareness and show support for the emerging Civil Rights Movement. In the mid-1950s Jackson interviewed Dr. Martin Luther King Jr. and aired his speeches on his programs.

Jackson’s reputation was damaged when he became involved with the radio disk jockey payola scandal of 1959. Jackson and other broadcasters were accused of accepting money from record companies in exchange for playing their songs. Many believed that he was targeted because of his open support for the Civil Rights Movement. Eventually all charges were dropped and Jackson’s name was cleared.

Throughout the 1960s Jackson continued to work in stations along the East Coast. In 1971 he produced the Miss Black Teenage America contest in Atlanta, Georgia. The competition, now known as the Talented Teen contest, was an alternative to the Miss America contest, and allowed girls of color to compete. Over the next two decades the contests provided more than $250,000 in scholarship money to those competitors.

Jackson continued to break down the racial barrier in entertainment. In the early 1970s he co-founded the Inner City Broadcast Corporations (ICBC) one of the first broadcasting companies fully owned by African Americans. In 1995 Jackson became the first African American to be inducted into the Radio Hall of Fame.  Hal Jackson passed away on May 23, 2012 in New York City at the age of 96.