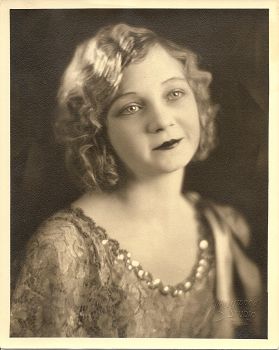 Ina Ray Hutton led the Melodears, one of the first all-female swing bands to be recorded and filmed.  She passed as white throughout her musical career, as the leader of several bands from the 1930s through the 1960s.  But when Hutton was a child, United States Census records called her and her family “negro,” and “mulatto,” when the Bureau used that term.  Her family occasionally appeared in the society pages of a black newspaper.  As of this writing, other biographies of Hutton do not acknowledge her black heritage.

Hutton was born Odessa Cowan at her parents’ home in Chicago, Illinois on March 13, 1916.  Her mother, Marvel (Williams) Cowan, was a newlywed housewife, married to Odie Cowan, a salesman.  By the time Odessa was three years old, she and her mother were living with her maternal grandmother, and her step-grandfather, a dining car waiter for a railroad.  That year, Odessa’s sister, June, was born at home.  When the census taker arrived a few months later, their father was not recorded as a resident of the family home.

Odessa and June grew up among black neighbors on Chicago’s South Side.  Their mother played piano in dance halls and hotel ballrooms.  Odessa studied dance with a prominent black teacher and choreographer, Hazel Thompson Davis.  The Cowans’ hometown black newspaper, The Chicago Defender, first wrote glowingly of Odessa’s performances when she was seven.  But the next year, despite the fact that she had the same South Side address into her teens, mentions of Odessa Cowan in the Defender disappeared.  By some accounts, that was the year she was “discovered” by a white vaudeville producer.

In 1930, at age 14, she made her Broadway debut with Gus Edwards at the Palace Theater in New York.  As Ina Ray, at age 16, she was a featured singer and dancer in George White’s “Melody;” at 17, she joined the Ziegfeld Follies.  In 1934, when Ina Ray was just 18, the manager Irving Mills formed an all-female band and made her the leader.  Mills added “Hutton” to her stage name, to capitalize on the notoriety of Woolworth heiress Barbara Hutton.  The group was called Ina Ray Hutton and Her Melodears.

Hutton toured with the Melodears for five years.  Known as the “Blonde Bombshell of Rhythm,” she conducted her band with her whole body, changing costumes several times each show, from one strappy, sequined gown to the next.   In the 1940s Hutton went brunette and led a male band.  But the novelty of all-female bands still held enough appeal that Hutton organized another one in 1951 for “The Ina Ray Hutton Show” on television, and earned five Emmys.  The show aired on the west coast for four years, and for a summer season nationally on NBC.  Hutton continued as a singer and bandleader through the 1960s.

Hutton died of complications from diabetes on February 19, 1984, at Community Memorial Hospital in Ventura, California.  She was preceded in death by her fourth husband Jack Curtis, and by her sister, the singer June Hutton.