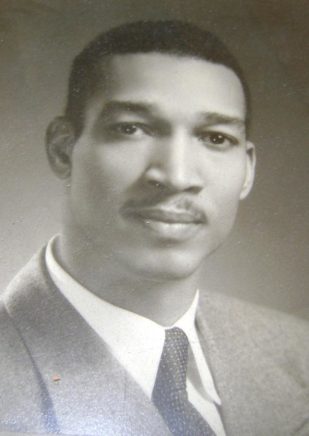 Cliff Hooper, Sr. was an artist, an activist, and a community leader. Though born in Evansville, Indiana, he became an important part of the black community in Seattle.  Hooper graduated from the Cornish School of Allied Arts in Seattle in 1953 and soon earned recognition as a building craftsman.  His work was featured in local and national publications, and in 1970 he was honored with the Award of Merit from the Seattle Chapter of the American Institute of Architects.

While a majority of his career focused on the arts, Hooper was also involved in the Seattle African American community in other ways.  In 1966, Hooper co-founded the Negro Voters League, a radical organization dedicated to the black power cause.  Hooper also promoted the black power agenda by writing a column for the Afro American Journal, a local publication that served the black community.  Hooper’s column typically focused on the education of black youth.  He was a firm believer in the need for greater oversight of education in the black community.  Hooper argued that the public school system in Seattle could never properly serve African American students while it was being controlled by whites.  Decentralization and community control were of paramount importance, in his view, in establishing quality education for young African Americans.

Cliff Hooper’s dedication to education, art, and improving the lives of black youth makes him an important figure in the history of the African American community in Seattle.