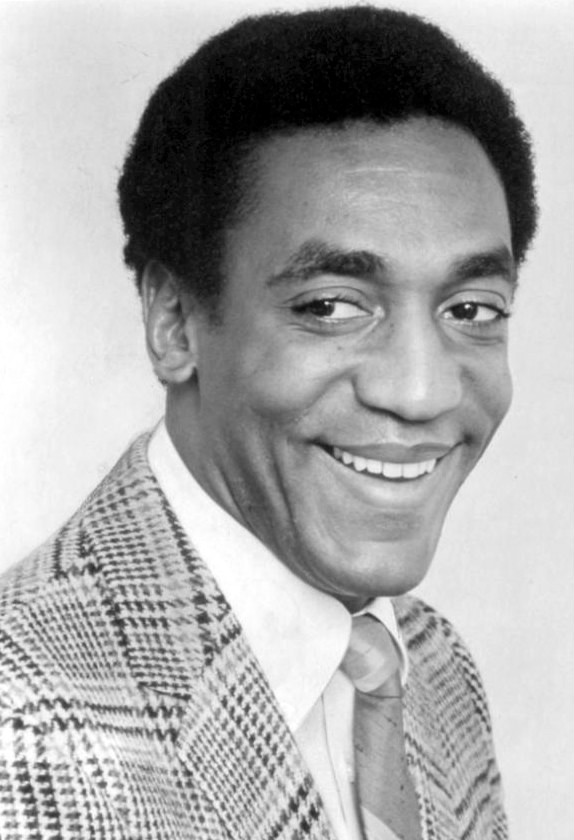 William Henry Cosby, Jr., one of America’s most influential and successful entertainers, was born in Germantown, Pennsylvania on July 12, 1937 to William Henry, a U.S. Navy cook, and Anna Pearl Cosby, a maid. The family struggled financially, and moved into Philadelphia’s crime-ridden Richard Allen housing project which provided memorable material for Cosby’s later comedic career. Cosby became captain of his high school’s track and football teams and was accepted into a program for gifted students.

Despite his academic and athletic potential, Cosby dropped out of school to join the U.S. Navy, serving four years and earning his high school equivalency in 1960. A year later, he was awarded a scholarship to Temple University in Philadelphia. To supplement his income, Cosby tended bar and gained a customer following with his wit. He eventually quit school in pursuit of a stand-up comedy career. During the next two years, he regularly performed at the popular Gas Light Café in New York City, New York’s Greenwich Village. At the age of 26, Cosby made his television debut on The Tonight Show, a career break coveted by aspiring comedians.

In 1965, Cosby broke barriers when he became the first African American to star in a weekly dramatic television series with his role as a government agent on I Spy, an action-adventure series that ran for three seasons and earned him three Emmy awards. Cosby also starred in a number of films including Uptown Saturday Night(1974). During the 1970s, he made regular appearances on the educational children’s series The Electric Company and Sesame Street which led to his critically-acclaimed cartoon series, Fat Albert and the Cosby Kids (1972-1984) and influenced his return to college to earn a BA from Temple University (1970), and MA (1972) and Ed.D. (1976) degrees from the University of Massachusetts.

Over the years, Cosby has donated millions of dollars to support educational opportunities for African Americans, including a 1988 donation of $20 million to Spelman College, the largest single gift to any HBCU. Cosby will be most remembered for The Cosby Show (1984-1992), which he created and starred in. The groundbreaking series which portrayed an intelligent, affluent, and successful African American family, ranks as one of the most popular series in American television history. In 1986, Cosby became a best-selling author with the publication of his book Fatherhood. He would go on to publish ten other books.

Cosby’s role as a social critic was publicly debated in 2004 after he gave the controversial “Pound Cake” Speech at a National Association for the Advancement of Colored People (NAACP) event commemorating the 50th Anniversary of the Brown v. Board of Education decision. In that speech he challenged the black community to become more accountable and responsible for the welfare of its children, evoking both praise and criticism from black activists for his honesty.

Cosby and his wife Camille Hanks Cosby, married since 1964, are avid collectors of African American art. The couple maintain homes in New York, Massachusetts, and California. Their family endured tragedy in 1997 when the youngest of their five children, Ennis, was shot to death in Los Angeles, California while changing a flat tire on the freeway. After his death, the Cosbys established a foundation in their son’s name to support programs for students with learning disabilities.

On April 26, 2018, a jury in Norristown, Pennsylvania, convicted Cosby on three counts of aggravated indecent assault against Andrea Constand, a former director of operations for Temple University’s women’s basketball team, who accused him of drugging and sexually assaulting her in his Elkins Park, Pennsylvania home in 2004. Constand is one of more than sixty women who have accused Cosby of rape, sexual assault, sexual misconduct, child sexual abuse, and battery. Cosby continues to deny the allegations, which span more than forty years beginning in the 1960s and continuing to the 2000s. Although the statute of limitations has expired in regards to criminal charges, many of the accusers are currently pursuing civil action against the actor. As a result of the allegations, numerous colleges and universities (including Spelman) and businesses have cut ties with Cosby, including those that had once awarded him honorary degrees or employed him as a spokesperson.