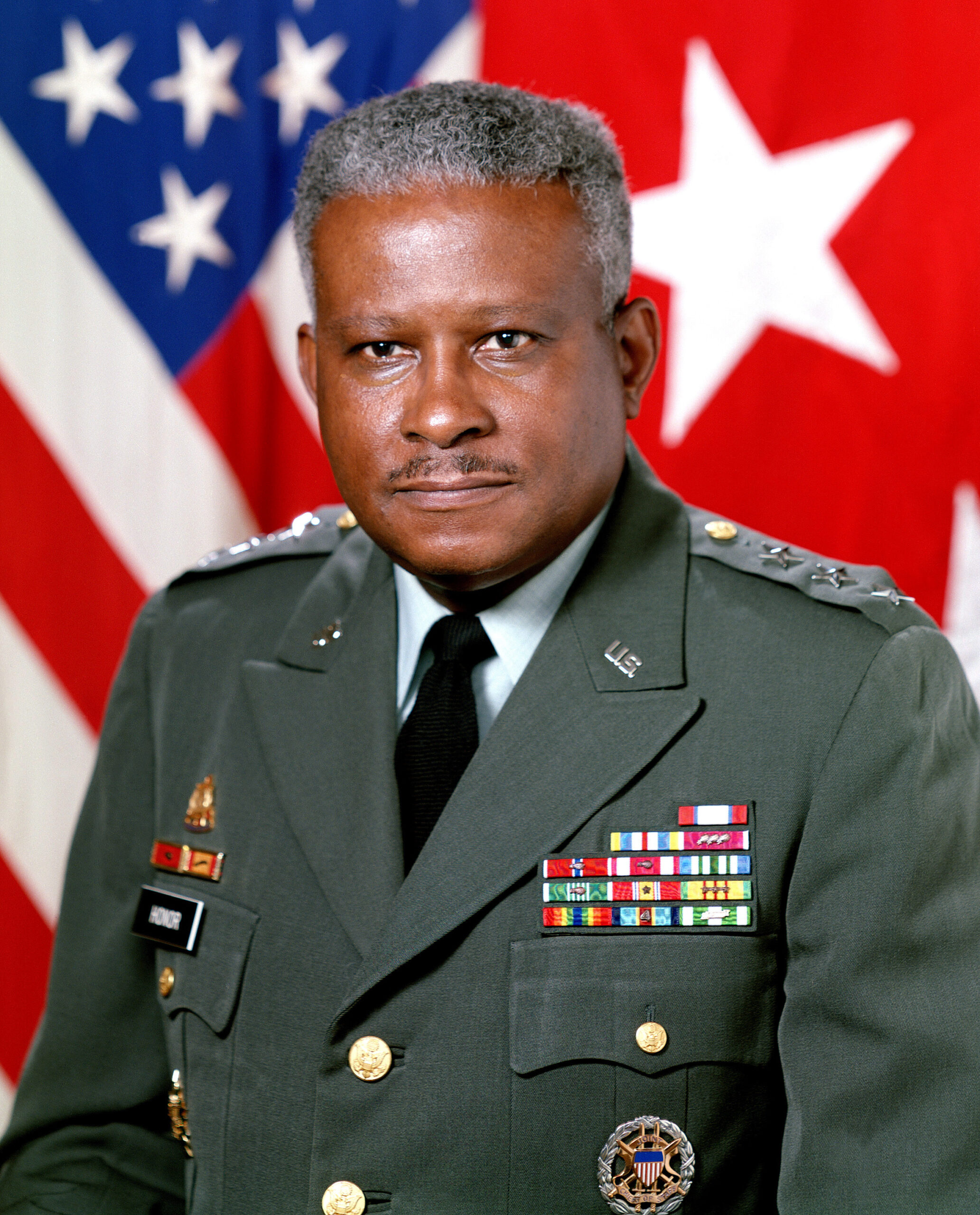 Edward Honor Sr. was born on March 17, 1933 in Melville, Louisiana to Louis and Doretha Jackson Honor. Immediately after graduating from high school in Sunset, Louisiana, Honor enrolled at Southern University and later graduated from the institution in 1954 with a Bachelor of Arts Degree in Education.  While at Southern Honor enrolled in the Reserve Officer’s Training Corps (ROTC) and upon graduation was commissioned as a 2nd Lieutenant in the Transportation Corps. Honor entered active duty in 1954, attending Basic Training at the Armor and Transportation Corps schools. His military education also includes the Army Command and General Staff College as well as the Army War College.

Honor’s highest positions of command include Commander of the Eastern region, Military Transportation Management Command (MTMC) from 1983 to 1984, Commander of MTMC from 1986 to 1987, and Director of Logistics, Joint Chiefs of Staff at the Pentagon from 1987 until his retirement. After retiring from the U.S. Army in 1989, Honor became the president of the NDTA until 2002.

Honor was known to have had a deep passion for mentoring, and he was renowned in the ROCKS, Inc., Transportation Corps, and throughout the Army for his willingness and skill in mentoring young officers. In fact, the U.S. Army and Transportation Center in 2003 published a biography of Honor titled Mentoring and Leading, written by Richard E. Killblane.

Lieutenant General Honor passed away on September 3, 2008, at 75 years of age. He is survived by his wife, Phyllis, his children, Edward Jr. and Beverly Short, and his grandchildren.