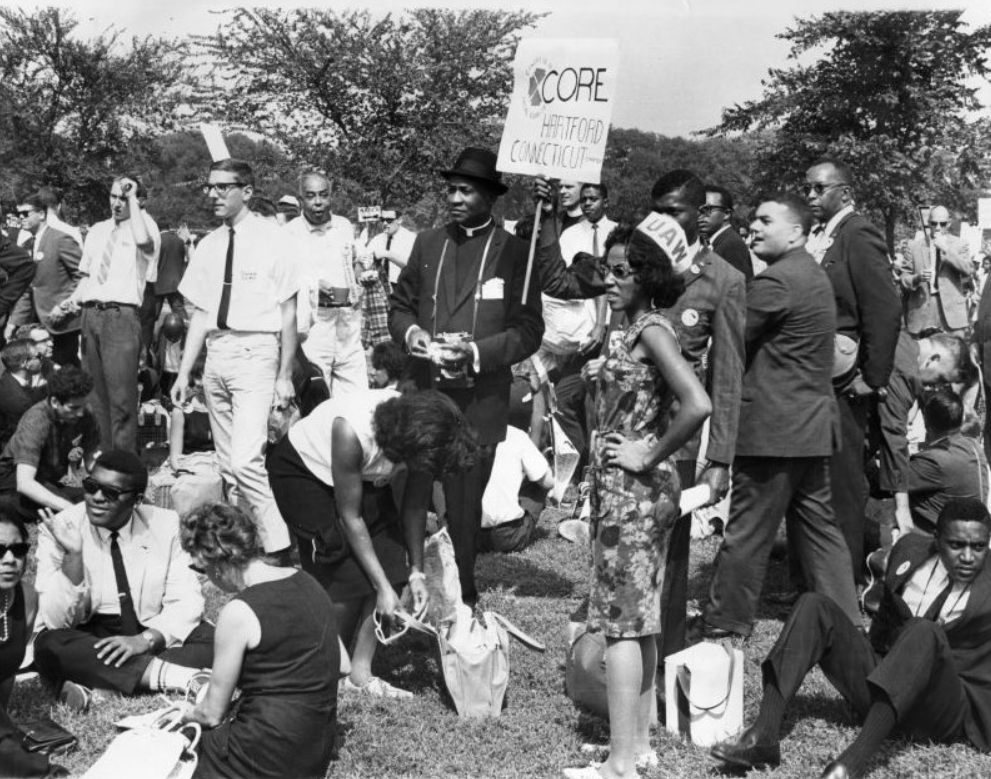 Hartford, Connecticut in the late 1960’s was a city immersed in racial unrest, class disputes, and activism. The city was a dichotomy between the ghetto, predominantly black or Puerto Rican and impoverished, in the North End and the South End, white and middle or working class. The black population had grown dramatically in 1965 from 25 percent to 75 percent. Job opportunities for Puerto Rican and black people were few and never well-paying, with the added hindrance that white people owned 80 percent of the businesses in the North End. Racial discrimination permeated every aspect of the city, and police brutality in particular was heavy on black Hartford citizens.

On March 11, 1965, representatives from the NAACP, the Catholic Inter-racial Council, the Congress of Racial Equality (CORE) and the North End Community Action Program met with Hartford’s Commission on Human Relations in an attempt to win urgent action for civil rights and safety. This disappointing attempt at peaceful change was quickly followed by violence.

The first sparks of rioting in the city began on July 12, 1967, when a black teenager, William Toules, was arrested and brutalized for supposedly swearing at a waitress. The explosion occurred on September 18, 1967, when the Black Caucus of North End Hartford led a march to protest housing conditions and neighborhood segregation, in response to the murder of a black youth by a police officer. They were met by 250 armored policemen before they could reach the South End. Chaos ensued with window breaking, fire setting, looting, and assaults on property, buildings, and cars including police cruisers.

The Black Caucus encouraged violence and riots as the only option against white oppression. The Black Panther Party, which had recently opened a chapter in Hartford, called on black people to arm themselves and to patrol the police. They established the Black Citizens Review Board to investigate police brutality.

Tensions reached a boiling point in the summer of 1969. By June 1969 there were numerous incidents of shootings, looting, and arson that consumed cars and buildings. Black youths fought against state and city police in the streets, damaging nearly one hundred buildings, including a public library and a North End supermarket. On June 6, Hartford Mayor George B. Kinsella instituted a city curfew and an official state of emergency in order to curb the violence.

On August 10, Puerto Ricans rioted following the assault of an elderly Puerto Rican woman by Comancheros, a faction of the white male motorcycle gang Hells Angels. The Hartford police had done nothing in response to the assault or other anti-Puerto Rican incidents.  Consequently, African Americans and Puerto Ricans allied against the police on September 1 after teenager Dennis Jones was shot and killed by a West Hartford police officer. On September 2, another curfew was set and by the end of the following day, 266 people had been arrested and the North End was burning. By September 5, five hundred people had been arrested. The curfew was finally lifted on September 8. This  violence in Hartford ended but the fight for civil rights by both blacks and Puerto Ricans continued.