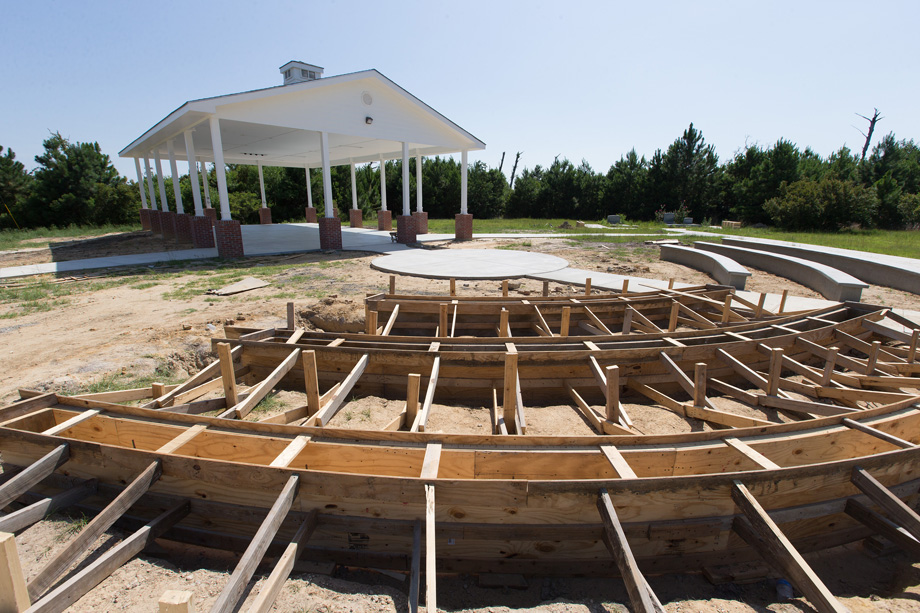 Gulfside Assembly was a segregated resort in Waveland, Mississippi, along the Mississippi Gulf Coast.  Unique among 20th century black resorts, it was created as a religious retreat owned by the Methodist Episcopal Church. The facility was founded by Robert E. Jones, the first African American bishop of the Methodist Episcopal Church, as the Gulfside Chautauqua Association.

Bishop Jones originated the idea of a recreational resort for blacks when he was invited to speak at Likeside Assembly, a white Methodist campground in Ohio. Noting that there were no similar facilities for blacks in his denominational district, which covered Texas, Louisiana, and Mississippi, he identified a section of land on the Gulf Coast in Waveland, Mississippi, 55 miles from his home office in New Orleans, as the site for that resort.  With the help of black and white churches and the small donations of hundreds of African Americans in the region, Jones raised $4,125.00 to purchase the 300 acre site on April 16, 1923.  An additional 316 coastal acres were leased from the State of Mississippi.

On January 24, 1924, the new resort called Gulfside Assembly was incorporated and opened. At that time only one building was on the property, a twenty-two bedroom mansion that had previously been occupied by descendants of President Andrew Jackson.  The mansion, called Jackson House, was not visible from the beach because of surrounding oak trees. Bishop Jones led the effort to restore it and convert it into a meeting house where black and white Methodists could quietly come together despite Mississippi’s strict racial segregation laws.  More important to blacks in the region, when it opened in 1924 Gulfside Assembly was the first facility on the entire Gulf Coast where African Americans could swim and use the beach.

From 1924 to 1939 Gulfside Assembly operated from April to August. Its activities included a YMCA, a summer school for Methodist pastors, and a summer seminary for prospective pastors.  The assembly also had Boys’ and Girls’ Reserves, 4-H and scouting events, and picnic facilities which were rented out to Methodist organizations.  The most important activity at the resort, however, the Poor Boys’ School, took place year round. The school taught a public school curriculum for impoverished black boys from throughout Mississippi.

In 1944, a Board of Trustees was established to preside over the resort. Over the next eight years they oversaw the construction of Brooks Chapel, the 100 room Gulfside Inn, the 1,000 seat Harry Hoosier Auditorium, and the Bishop’s house. All of these buildings were constructed with reinforced concrete to withstand disasters like the fire that destroyed the Jackson House in 1947.  By 1960, the year of Bishop Jones’s death, Gulfside Assembly had paid off its debts and had more than $200,000 in assets.

When black and white Methodists merged to create the United Methodist Church in 1968, Gulfside Assembly became racially integrated. Integration proved detrimental to the resort because it was no longer a core meeting place for black Methodists throughout the region, thus losing its original purpose.  Also Hurricane Camille, which struck the Gulf Coast in 1969, destroyed many of the buildings and afterwards resort trustees found it more difficult to raise funds for their restoration.

White Methodist Bishops Mack B. Stokes and Ernest T. Dixon and laymen Wayne Calbert and Henry Harper fought to preserve the resort in the 1970s and 1980s and for the first time raised money outside the Methodist Church to rebuild some of the facility’s structures. Hurricane Katrina, however, completely destroyed Gulfside Assembly on August 20, 2005. In April 2006, with the help of the Community Aid Relief Effort (CARE), Gulfside Assembly was partly restored and began to help in the effort to rebuild the surrounding Gulf Coast communities.