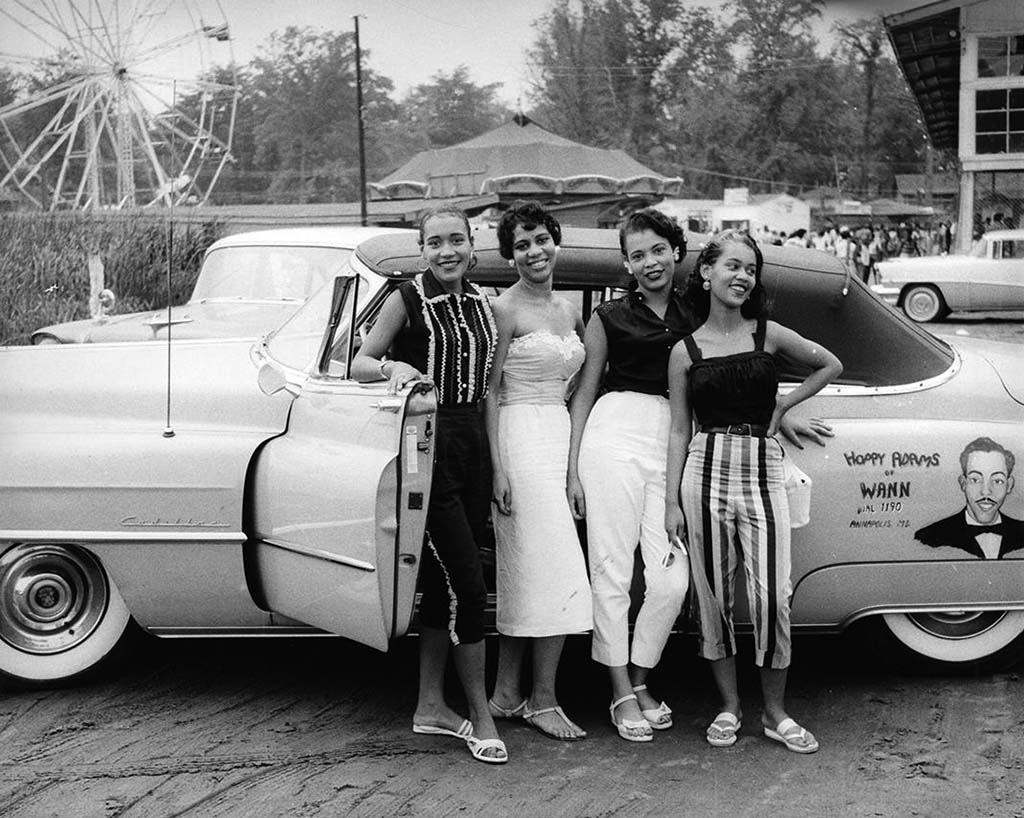 Carr’s Beach, at one time one of the leading beaches for east coast African Americans, was affectionately called, “The Beach.” Although “The Beach” no longer exists as a vacation getaway spot, Carr’s Beach and its neighboring Sparrow’s Beach were two of the major Chesapeake Bay resorts that catered exclusively to African Americans between the 1930s and the 1960s.  Owned by sisters, Elizabeth Carr Smith and Florence Carr Sparrow, the beaches were a vacation retreat for black families in the Mid-Atlantic region.

The origins of Carr’s Beach can be traced back to 1902 when Frederick and Mary Wells Carr purchased 180 acres of farmland on the Annapolis Neck Peninsula. While the family farmed the land as early as 1909, the Carr family hosted picnics and church outings and took in boarders.  In 1926, two years before Frederick Carr’s death, the family founded Carr’s Beach.

In 1931, Florence Carr Sparrow, one of the daughters who inherited the family’s land, created Sparrow’s Beach just north of Carr’s Beach, and the two resorts operated side by side but as separate businesses.  Carr’s and Sparrow Beaches attracted thousands of visitors from Philadelphia, Pennsylvania; New York; Baltimore, Maryland; Wilmington, Delaware; Pittsburgh; and Washington, D.C. who frequented the beach for swimming. During the week, the Beach hosted summer day camps, church picnics, and other family and community-centered events. By three o’clock, however, many visitors made their way to Carr’s Beach Pavilion to dance to the latest hit songs by locally or regionally popular entertainers.

Following the death of Elizabeth Carr in 1948, Carr’s Beach came under the control of William L. “Little Willie” Adams, a businessman/numbers operator who formed Carr’s Beach Amusement Company and infused badly needed capital into the resort’s operations. With his resources, Adams expanded both the entertainment and recreation opportunities for old and young alike.  He insured that by the 1950s Carr’s Beach was one of the major stops for major African American artists and musicians on the Chitlin’ Circuit, a group of venues throughout the East and South which catered to black audiences. Among the ntertainers who performed on weekends during the summer months were jazz legends such as Billie Holiday, Duke Ellington, Count Basie, Ella Fitzgerald, Dinah Washington, and Lionel Hampton, as well as soul artists Ray Charles, James Brown, and Jackie Wilson. Rock ‘n’ Roll pioneers Fats Domino and Buddy Holly also performed at Carr’s Beach. On July 21, 1956, an estimated 70,000 people traveled to Carr’s Beach to hear Chuck Berry perform, although only 8,000 made it past the gates because the grounds were filled beyond capacity.  By the early 1960s, the list of popular entertainers included Little Richard, Lloyd Price, Etta James, Aretha Franklin, the Shirelles, the Coasters, and the Drifters.

In addition to the annual rival dance contests held between African American beachgoers from Washington, D.C. and Annapolis, local residents recalled that whites also visited the beaches, making them two of the first venues in Maryland which developed a sizeable interracial clientele.  Because of the crowds, the beaches organized their own special police force. As a safe and welcoming vacation destination, Carr-Sparrow Beach attracted the attention of people from diverse racial backgrounds who enjoyed good black music. Carr’s Beach was often the last stop for the entertainers who played the Howard Theatre in D.C. and/or the Baltimore Royal Theatre before they headed Down South to perform.

By the early 1960s, the black freedom movement ended Jim Crow and the popularity of Carr-Sparrow Beaches.  A 1962 performance by James Brown drew 11,000 fans, but it marked the last of the major crowds drawn to the area.  In the late 1960s, new owners attempted to revive the heyday of the resort (and appeal to a new audience) by inviting groups like Led Zeppelin or Rare Earth.  In 1973, the beaches hosted their last show, a performance by Frank Zappa.