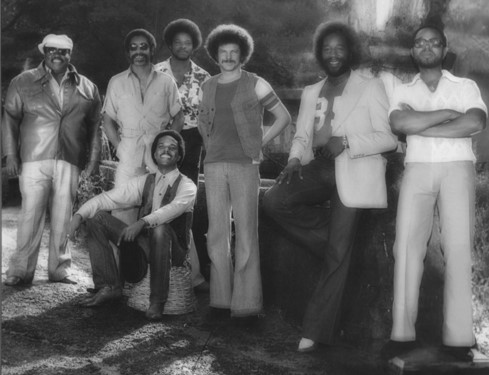 War is an R&B multi-cultural group that was created in 1969 and rose up to fame during the 1970s. The band originated from a high school R&B group called The Creators founded by Harold Brown and Harold E. Scott in 1962 in Long Beach, California. Within a few years Charles Miller, Morris Dickerson, Lonnie Jordan, Lee Oskar, and Papa Allen became a part of The Creators. The group was racially mixed and shared a love of diverse styles of music as most of the members grew up in racially mixed neighborhoods in Los Angeles. The Creators recorded several singles with Doré Records. In 1968, The Creators became Nightshift due to Harold Brown working night shifts at a steel yard.

In 1969 record producer Jerry Goldstein and Eric Burdon, former lead singer of the Animals, saw the group perform as background singers for Deacon Jones at the Rag Doll in North Hollywood. Goldstein became attracted to the band’s sound and their message of promoting brotherhood and harmony and using instruments and vocals to speak against racism, hunger, gangs, crimes, and turf wars. Goldstein signed the group and soon afterwards Nightshift became War. Performing with Eric Burdon throughout Southern California helped build their audience. Their debut album was in fact titled Eric Burdon Declares War when it was released in March 1970.  The album produced “Spill the Wine,” the hit song that launched the band’s career.

The success of the Eric Burdon Declares War album resulted in an extensive tour through the United States and Europe. This successful tour led Eric Burdon and War to collaborate on a second album, The Black-Man’s Burdon which was also released in 1970. After the album was released Burdon decided to leave the group during their European tour. Despite the setback, the group went on to finish the tour and re-record their first album as War.

In 1971, the band released their third album, All Day Music, which included two very successful tracks, “All Day Music” and “Slippin’ into Darkness.” Both singles sold over one million copies and were awarded a gold disc by the Recording Industry Association of America (RIAA) in in June 1972.

In 1972, War released The World is a Ghetto, which became their most successful album. One of its tracks, “The Cisco Kid,” became a gold single while the album itself rose to No. 2 on the Billboard Hot 100 Chart in 1972 and became Billboard Magazine’s Album of the Year as the best-selling album of 1973.

War went on to release its “Greatest Hits” album in 1974 which included previously unreleased tracks that included Eric Burdon as lead singer. As musical tastes shifted to disco, War failed to duplicate its success of the early 1970s.  In 1980, the group lost Charles Miller, who was murdered.  The group finally disbanded in 1996 as its members pursued solo careers.