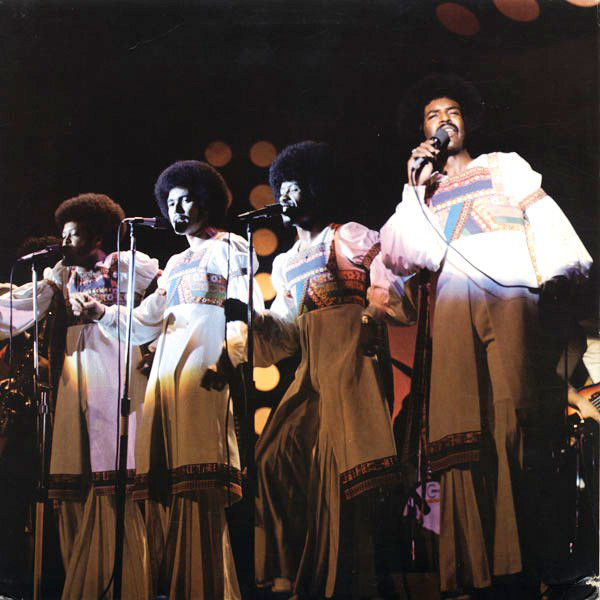 The Chi-Lites is an R&B and Soul vocal group from Chicago, Illinois who rose up to fame in the early 1970s. The group was formed at Hyde Park High School in Chicago in 1959 by its original members, Eugene Record, Robert Lester, and Clarence Johnson. The group originally went by the name The Chaunters, and released one single on Renee Records in 1959. Shortly after, Creadel Jones and Marshall Thompson, who originally sung with The Desideros, teamed up the Chaunters to create the Hi-Lites. Over the next four years, the Hi-Lites released numerous singles through local labels. In 1964, they changed their name to Marshall and the Chi-Lites, adding the ‘C’ as a tribute to their hometown of Chicago. By the end of 1964, Marshall Thompson left the group which altered the group’s name to the Chi-Lites. Over the next four years, the Chi-Lites continued to perform and release singles while Eugene Record slowly emerged as the lead singer for the group.

In 1968 Brunswick Records, a large Chicago label, signed the Chi-Lites. Within the year, they recorded and released “Give It Away,” which became their first nationwide hit and their first R&B top-ten hit. In 1969, the Chi-Lites released “Let Me Be the Man My Daddy Was.” Although the record was only modestly successful, it established their name and status within the music industry. The group’s next hit came in 1971 when they released “Are You My Woman?” That single became their second R&B top-ten hit. After the success of “Are You My Woman,” the Chi-Lites produced a string of hits that made it into the R&B Top Ten. In 1971 they released “Have You Seen Her” which was their first million-selling record.  In the spring of 1972 their single “Give More Power to the People,” became their first song to reach number one on the pop charts. It was quickly followed by “Oh Girl,” which was their second million selling record.

In 1973, the Chi-Lites began to see personnel changes. Creadel Jones left the group and was replaced by Stanley Anderson, who was quickly replaced by Willie Kensey. Despite the changes occurring within Chi-Lites, the group was still able to produce three top-ten R&B hits, “Homely Girl,” “There will Never Be Any Peace (Until God is Seated at the Conference Table),” and “Toby,” all by 1975. Shortly after the release of “Toby,” Kensey was replaced with Doc Roberson. The group continued to release singles but they were not promoted due to their recording label, and were held back due to Brunswick Record’s deep financial troubles. In frustration Eugene Record left the group to pursue a solo career and was signed to Warner Bros. The remaining trio signed with Mercury in 1977 but were unable to produce another top charter.

Founding member Eugene Record died in 2005 at the age of 64. The Chi-Lites, although consisting of mostly new members, continues to create music and perform.