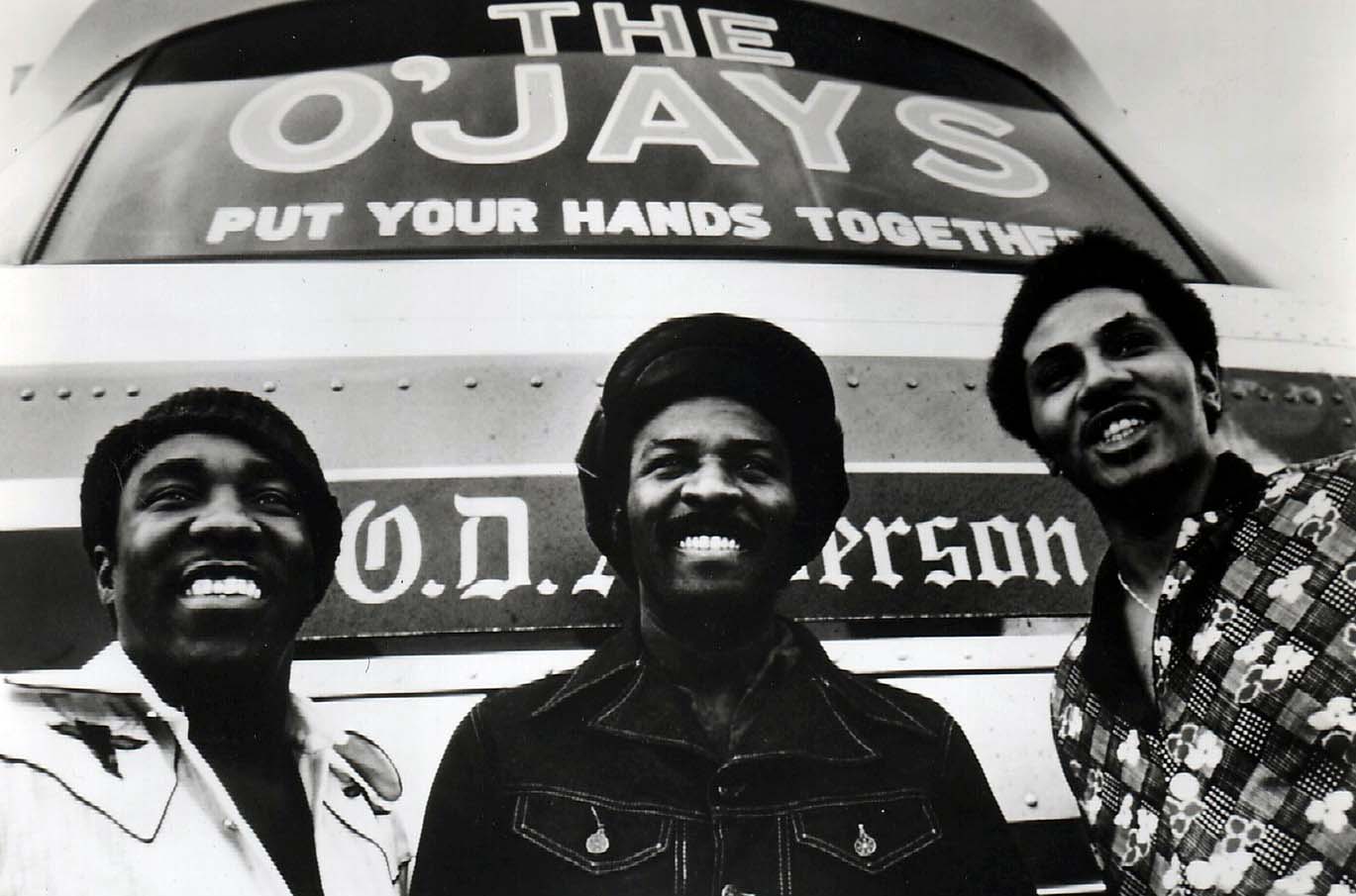 Through the 1970s, the O’Jays were considered one of the most successful and familiar R&B groups.  Hits like “Love Train,” “For the Love of Money,” and “Back Stabbers” became the anthems of an era. With the help of producer duo Kenny Gamble and Leon Huff, the O’Jays were able to cultivate a unique sound that has endured for generations.

In 1950, Walter Williams and Eddie Levert met as children in Canton, Ohio. Inspired by singing groups that performed at the local auditorium in Canton, they decided to try a singing career for themselves. In 1958, they started a doo-wop group with their high school friends Bill Isles, Bobby Massey, and William Powell.  This first group was called the Triumphs, and they began by performing in local YMCA Urban League events, as well as sock hops and pre-recorded shows. They eventually changed their names to the Mascots, and continued to be a local success.

Through their performances they met Eddie O’Jay, a DJ who would be one of their early managers. O’Jay introduced the group to Berry Gordy of Motown Records. While Gordy did not sign the Mascots at the time, his ex-wife Thelma Gordy expressed interest in their music. Thelma believed in the group’s talent; however she thought they needed to change their name.  They would settle on the O’Jays, as a nod to their manager.

After briefly recording with a series of record labels during the 1960s, the O’Jays found themselves with little commercial success. By 1970, the group had become a trio after Isles and Massey left. However, the O’Jays would catch their break when they met production and songwriting duo Kenny Gamble and Leon Huff after performing a show at the Apollo Theater.  This would lead them to sign with Philadelphia International Records in Philadelphia, Pennsylvania, and begin a successful partnership with Gamble and Huff.

The O’Jays collaboration with Gamble and Huff led to their greatest commercial successes. The 1972 hit “Love Train” would help lead the O’Jays to their first bestselling album, Back Stabbers. To date, Back Stabbers has sold over one million copies. In addition to numerous Grammy nominations, the group had eight #1 R&B Hits between 1972 and 1978.  The group also had five LP’s that went Gold, and three went Platinum.

In 1975, William Powell was diagnosed with cancer and discontinued his touring with the group. He passed away in 1977, leaving the group with two of its original members.  Sammy Strain from Little Anthony and the Imperials joined the group after Powell’s death, and the group continued touring until Strain left to rejoin the Imperials.  After a stint with Nathaniel Best from 1992 to 1997, singer Eric Grant replaced him. Williams, Levert, and Grant continue recording and performing and have been an influence for many modern R&B acts.  The O’Jays were recognized for this influence when in 2005, the group was inducted into the Rock n’ Roll Hall of Fame in Cleveland.