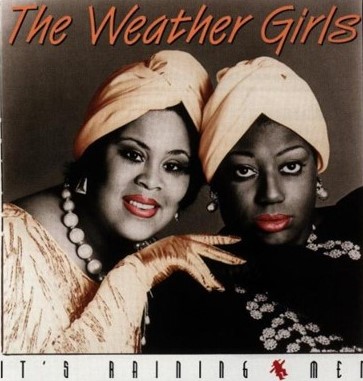 The Weather Girls, formed in 1976 in San Francisco, California as Two Tons O’ Fun, a female duo with Izora Rhodes-Armstead who was born on July 6, 1942, in Houston, Texas, and Martha Elaine Wash, born in San Francisco, California on December 28, 1953. They were originally backup singers for the disco singer-songwriter Sylvester. In 1979, they signed a contract with Fantasy Records and immediately became a sought-after singing act during the disco era.

In 1982, the Weather Girls released the “It’s Raining Men” from the Success album. The recording peaked at no. 1 on Billboard Hot 100 and remained on the chart for 22 weeks. It was also a no. 1 US dance chart hit for two weeks. In addition, it was no. 34 on the Billboard R&B chart and peaked at no. 2 on the United Kingdom chart, selling more than 200,000 copies. The song reached no. 5 in Ireland, no. 8 in Norway, and no. 13 in New Zealand, thus becoming the duo’s only international hit and its best-selling single, with more than six million copies globally.

Because of economic constraints, the music video filming for “It’s Raining Men” took place in the middle of the Winter of 1982 at 50°F in an abandoned building in New York City. In 1983, the Weather Girls received a nomination for “Best R&B Performance by A Duo or Group With Vocal” at the 26th Annual Grammy Awards for “It’s Raining Men.”

The Weather Girls participated in the 47th annual Eurovision Song Contest, held at the Saku Suurhall Arena in Tallinn, Estonia in 2002. They performed “Get up, Stand up” and placed 13 out of the 24 acts representing that number of countries competing.

Izora Rhodes-Armstead died on September 16, 2004, in San Leandro, California. She was 62. A year later, in 2005, she was replaced with Ingrid Arthur. With the replacement, they released “Totally Wild!” and “Wild Thang” that year and the album The Woman I Am in 2009. Arthur left the group and was replaced by Dorrey Lin Lyles in 2012. This time they released “It’s Raining Men 2K12.”

In 2020, The Weather Girls partnered with Norwood & Terri B! to release “Cheek To Cheek,” which peaked at no.32 and remained charted for 7 weeks.

Although the Weather Girls produced few albums and one megahit, “It’s Raining Men,” they continue to perform as of 2021.