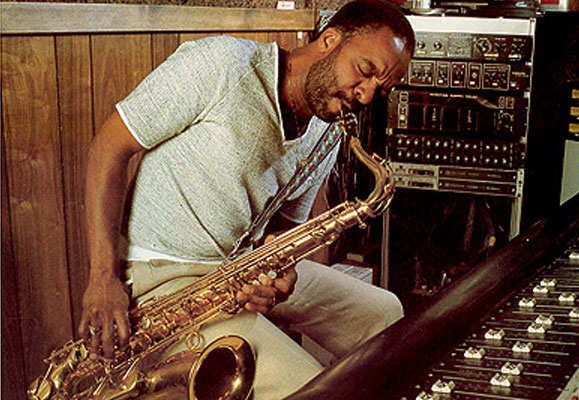 At the age of 8, Washington’s father gave him a saxophone – although he admitted that his first love was classical music. In high school Washington was a baritone saxophonist with the all-city high school band. Additionally, he studied chord progressions with Elvin Shepherd, a legendary trumpet player and saxophonist. After finishing high school at the age of 16, Washington left Buffalo and joined the Four Clefs, a Midwest ensemble, performing with them from 1959 to 1963. Following the breakup of the Four Clefs, Washington joined Keith McAllister’s band, Mark III Trio, from Mansfield, Ohio.

In 1965 Washington was drafted into the U.S. Army. During that time he met Billy Cobham, a popular Panamanian American jazz drummer. After leaving the service in 1967, Washington began freelancing his musical skills throughout New York City and Philadelphia. His first album, Inner City Blues, was released on the Kudu Records label in 1971.

In 1974 Washington’s fourth album, Mister Magic, landed at no. 1 on Billboard’s R&B album chart and no. 10 on Billboard’s Top 40 album chart. In February of 1981 Washington released Just the Two of Us on Elektra Records. The title song with the same name, “Just the Two of Us,” featured Bill Withers on vocals. The song, produced by Washington and Ralph MacDonald and written by Withers, William Salter, and Ralph MacDonald, became Washington’s biggest hit. It peaked at no. 2 on the Billboard Hot 100 chart, went platinum (selling more than 1 million records) and won the Grammy Award in 1982 for Best R&B song.

The song was covered (remade) by Will Smith on his 1997 Big Willie Style album and was featured in the 1999 movie Austin Powers: The Spy Who Shagged Me, sung by Dr. Evil (Mike Myers) to Mini-Me (Verne Troyer). It was also featured in a 2019 episode of “The Neighborhood,” in which Calvin (Cedric the Entertainer) and wife, Tina (Tichina Arnold), sing the song to each other.

On December 17, 1999, Grover Washington Jr. collapsed while waiting in a green room following the taping of four songs for CBS’s The Early Show. Taken to St. Luke’s-Roosevelt Hospital, he was pronounced dead at 7:30 p.m. due to a massive heart attack. Washington was 56 years old. His legacy and music continue to inspire as well as be celebrated by many pop, R&B, and jazz artists.