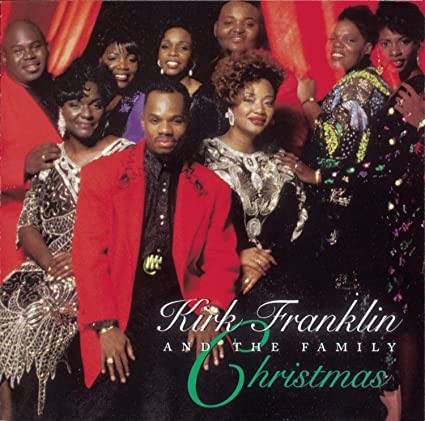 Kirk Franklin and the Family, an ensemble that comprised 23 singers and musicians who were biologically related or friends, was spearheaded and directed by contemporary gospel Grammy Award recipient Kirk Franklin (born January 26, 1970, in Dallas, Texas). This informal musical collaboration became an official organization in 1992 when they released their debut album Kirk Franklin and the Family. Franklin wrote and arranged the album’s music after signing with the GospoCentric label. The album was recorded in 1992 at Grace Temple Seventh-day Adventist Church in Fort Worth, Texas.

Kirk Franklin and the Family was the first Gospel album to sell more than a million copies. The album remained charted for 100 weeks (nearly two years) and in 1992 won the annual GMA Dove Award for “Best Traditional Gospel Album of the Year” at the 24th Annual GMA Dove Awards in Nashville, Tennessee.

In 1995, their song, “Jesus Is the Reason for the Season” from the album Kirk Franklin and the Family peaked at no. 50 on the Billboard R&B Chart, reflecting the group’s crossover appeal beyond their gospel music audience. Their second song from the album, “Why We Sing,” reached no. 28 on the R&B charts. The album Christmas was also released in 1995, selling more than 500,000 copies (certified gold).

In 1996, Whatcha Lookin’ 4 was released and again showed the group’s crossover appeal. It peaked at no. 1 on the Billboard Top Gospel Albums Chart, no. 3 on the Top R&B/Hip-Hop Albums Chart, and no. 23 on the Billboard 200 Chart and sold more than 500,000 copies. The album Kirk Franklin and the Family Christmas was released later that year and sold more than one million copies. That album won a Grammy at the 39th Annual Grammy Awards in 1996 for “Best Contemporary Soul Gospel Album” and the following year, 1997, it was awarded the Soul Train Music Award for “Best Gospel Album.”

While Franklin and other members of the group pursued solo careers after 2010, they occasional reunite as in 2017 when they came together for a gospel concert in Dallas.