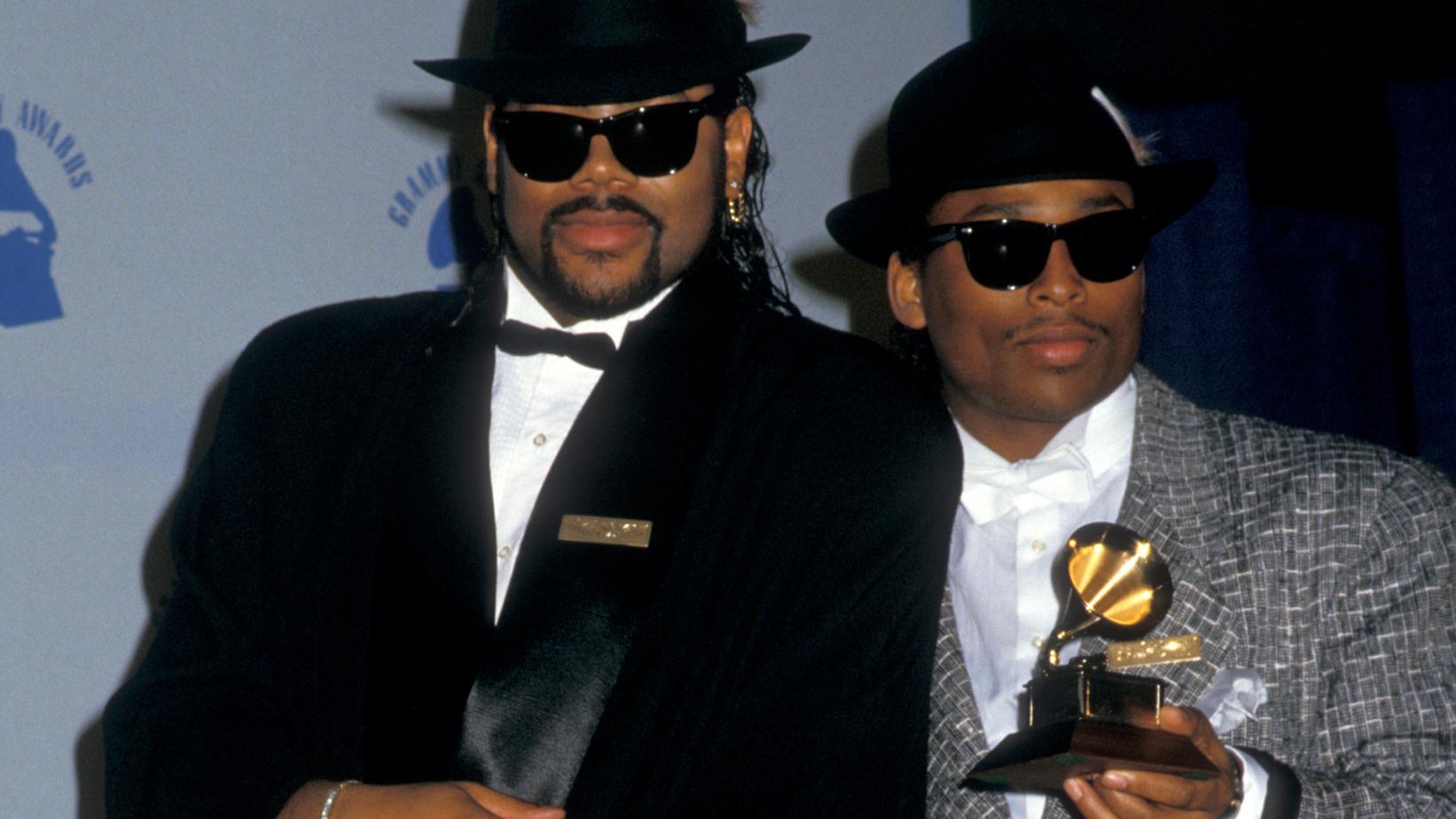 R&B composers, lyricists James Samuel “Jimmy Jam” Harris III (born June 6, 1959, in Minneapolis, Minnesota), and Terry Steven Lewis (born November 24, 1956, in Omaha, Nebraska), were one of the most successful songwriting teams of the late 20th Century. Harris was a senior, and Lewis, a ninth-grader at Minneapolis’ Washburn High School. The two crossed paths and became friends in 1973 as Upward Bound students at the University of Minnesota.

In 1982, Jimmy Jam and Terry Lewis established Flyte Tyme Productions, Inc. which included the Perspective record label. The next year, 1983, they produced the SOS Band’s hit “Just Be Good to Me” that peaked at no. 30 on the Billboard R&B Chart.

In 1987 at the 29th Grammy Awards, Jimmy Jam & Terry Lewis won their first award for “Producer of the Year (Non-Classical)” for Jackson’s Control album that sold 10 million copies globally. Jackson performed her single from the album, “What Have You Done for Me Lately” which eventually peaked at no. 3 on the R&B chart and stayed there for 14 weeks. It also received a Grammy nomination for “Best R&B Song” for 1987. The duo has been nominated in that category 11 times.

The team was back on the radar in 1989 with Jackson’s “Miss You Much” that reached no.1 on Billboard Hot 100. They also produced top hits for two former New Edition members, Ralph Tresvant and Johnny Gill. Tresvant’s “Sensitivity” reached no. 1 on the Billboard Hot 100, and Gill’s “Rub You the Right Way” peaked at no. 1 on the R&B chart both in 1990. In 1995 Jimmy Jam and Terry Lewis wrote “Scream” for Michael and Janet Jackson, which peaked at no. 2 on the R&B Singles chart and no. 5 on the Billboard Hot 100. Twenty-four years later, in 2019, the team released a compilation of original music, Jam & Lewis: Volume One.

Jimmy Jam and Terry Lewis were among the most successful producers and writers in the history of American music. The duo produced 16 songs that reached no.1 on the Billboard hot 100 Singles chart and sold over one hundred gold, platinum, multi-platinum, and diamond albums. In 2012, they were inducted into The Soul Music Hall of Fame followed in 2017 by induction into the Songwriters Hall of Fame. Their most recent award came in 2021 when they received the NAACP Image Awards for “Outstanding Duo, Group or Collaboration (Traditional)” for Babyface’s “He Don’t Know Nothin’ Bout It.”