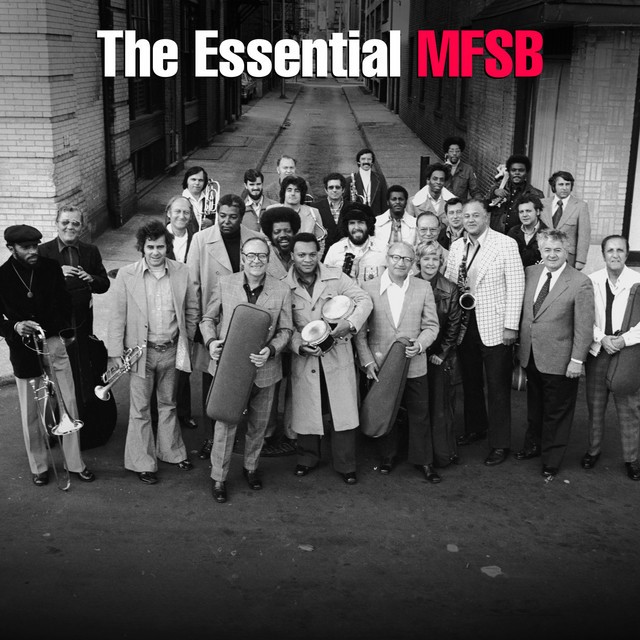 The Philadelphia International Records house band, MFSB (“Mother Father Sister Brother”), was initially an all-male multicultural R&B ensemble comprising more than thirty resident studio musicians based at Philadelphia’s Sigma Sound Studios. They played the music and occasionally sang backup with many soloists and groups, including Billy Paul, the O’Jays, The Spinners, and The Stylistics.

In 1972, MFSB began recording as the principal act for the Philadelphia International label. The following year, in 1973, they released the album MFSB, and in 1974, their “TSOP (The Sound of Philadelphia),” which was composed to be the theme for the Soul Train television program, was released and peaked at no. 1 on the US Billboard Pop Chart. It also topped the R&B chart and the Adult Contemporary Charts. This mainly instrumental single hit sold more than a million copies. The following year, in 1975, at the 18th Annual Grammy Awards, MFSB won an award for “Best R&B Instrumental Performance” for “The Sound of Philadelphia.”

In 2013, the Philadelphia Music Alliance inducted MFSB into the Walk of Fame. Three years later Thomas Joshua Tindall died on January 26, 2016, in New Hope, Pennsylvania at the age of 66. MFSB was the only studio house band for a record label to have its own independent career and produce a million-selling instrumental hit record.