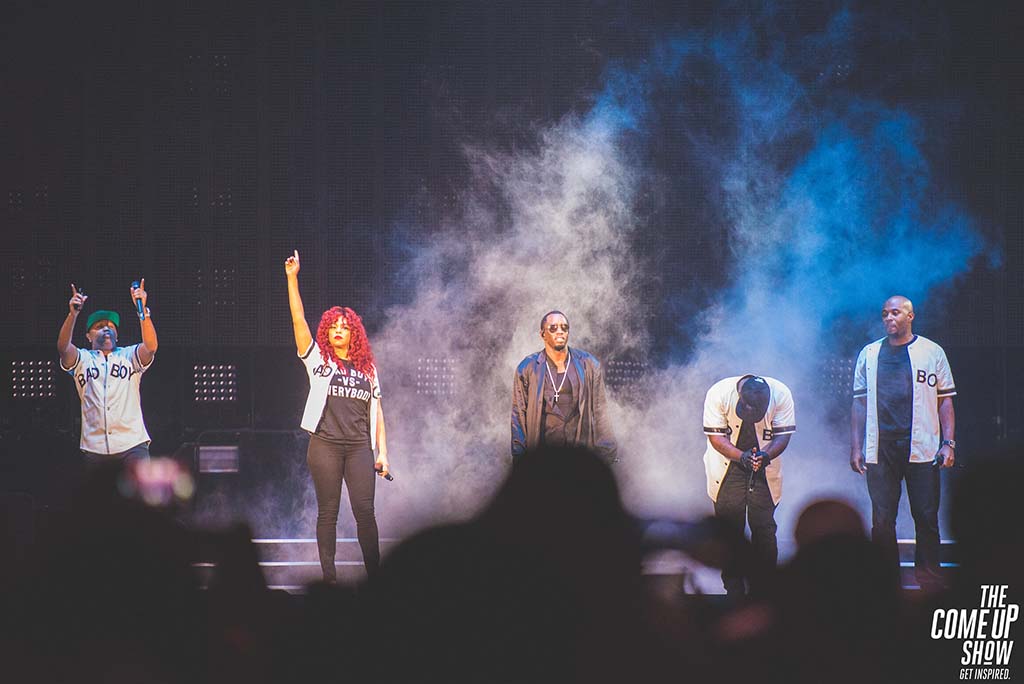 Founded and incorporated by Sean “Diddy” Combs in 1992, Bad Boy Worldwide Entertainment Group has grown from a small record label into a massive, highly successful entertainment company. Sparking the careers of superstars like Craig Mack, Christopher “Notorious B.I.G.” Wallace, and Lil’ Kim, Bad Boy has left a charismatic imprint on the music industry.

As a student at Howard University, Combs’s entry into the industry came with a summer internship at Uptown Records in 1988. After leaving school after his sophomore year, he quickly climbed the ranks at Uptown, eventually becoming the director of Artists & Repertoire in 1990. His position gave him the platform to jump start musical careers for Jodeci and Mary J. Blige. Shortly after being named Vice President, Combs decided to start his own record label at the age of 23.

Bad Boy’s early successes brewed tensions between Combs and Andre Harrel, the head of Uptown Records. Within months of Bad Boy’s founding, Combs was fired from Uptown but ended up cutting a distribution deal with Arista Records. Bad Boy Records experienced its first successes with hits by Mack and Wallace, which were produced by Combs. Wallace’s first album, Ready to Die, was released in 1994 and sold over two million copies.

By this time, Bad Boy’s roster of artists consisted of powerhouses like 112, Faith Evans, and Ma$e, leading to Billboard Magazine to recognize Bad Boy as the number one hip-hop record label in 1995.

With Bad Boy Records dominating the East Coast, paralleling their successes on the West was Death Row Records. What began as a harmless rivalry between the two, spiraled into a violent feud, drawing a line between hip-hop communities around the country. In March 1997, Wallace was shot and killed while visiting Los Angeles, California for the Soul Train Music Awards. To this day, the murder is still unsolved but many blame the battle between the West and East for his death.

Not long after Wallace’s death, Combs posthumously debuted Wallace’s first single, “Can’t Nobody Hold Us Down” featuring Ma$e. The song remained at the number one spot across numerous pop and hip hop charts for over six weeks. Despite losing Wallace, the label experienced multiple hit records going platinum, making 1997 a very lucrative year.

As Combs pushed himself into the Bad Boy spotlight, the rest of the label’s original talents became restless and parted ways. Since then, Bad Boy Entertainment has experienced multiple waves of rising and falling talents. Artists such as French Montana and Janelle Monae continue to carry the Bad Boy torch by releasing back-to-back hit singles. During the 2015 BET Awards, Combs and numerous Bad Boy alumni came together for a reunion performance. Bad Boy’s success over nearly three decades has made Combs one of hip-hop’s first billionaires and he continues to create platforms for upcoming hip-hop and R&B artists.