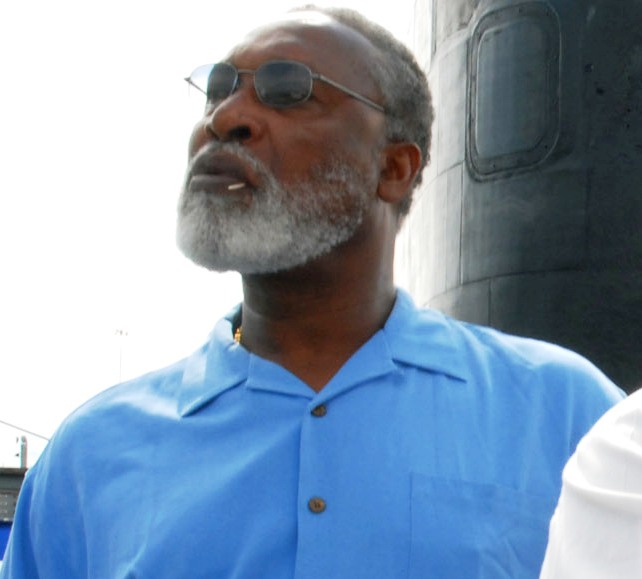 L.C. Henderson Greenwood was one of the National Football League’s most prolific defensive ends. Within his 12 seasons in the League he managed to make 73.5 sacks, had 14 fumble recoveries, and one safety in only in 170 games. He was selected for the Pro Bowl six times (1973, 1974, 1975, 1976, 1978, and 1979). He aided the Pittsburgh Steelers in four Super Bowl Victories (Super Bowl IX, X, XIII, XIV). He was a member of the famed Steel Curtain Defense and was a part of arguably the most dominant defensive front four the NFL has ever seen.

L.C. Henderson Greenwood was born September 8, 1946 in Canton, Mississippi, the eldest of nine children.  His father, Moses Greenwood, was a factory worker and his mother, Eliza, was a homemaker.

Greenwood attended Rogers High School in Canton but didn’t play sports until his junior year.  Once he did go out for sports, he excelled in playing football and basketball.  Due to his responsibilities as the oldest child and chores at home, Greenwood chose football over basketball to better manage his time. Greenwood was also a stellar student. During his senior year at Rogers High he was offered a partial scholarship to Clark College in Atlanta, Georgia to study pharmacy.  He chose instead a full athletic scholarship to Arkansas AM & N (now University of Arkansas at Pine Bluff) to play football.

In his freshman year (1964) the starting defensive end was injured and Greenwood was immediately put into the game as a starter in that position.  He remained the starter throughout his four years at AM & N. In Greenwood’s senior year his team defeated rival powerhouse Jackson State.  That victory would change his life in dramatic fashion. Though he did not know it at the time, there was an NFL a scout from the Pittsburgh Steelers named Art Rooney, Jr. in the stands to see a teammate of Greenwood.  Rooney, however, began to focus on Greenwood because of his athletic prowess.

Greenwood was drafted by the Pittsburgh Steelers in 1969.  As in high school and college he quickly became a starter.  In the first of many clutch performances in big games, Greenwood batted down two passes in the Steelers’ first Super Bowl victory, against Minnesota in 1975. In the Super Bowl X victory against Dallas the following year, Greenwood sacked Roger Staubach four times in the 21-17 win.

After his last football season in 1981, Greenwood remained active.  He was a life member of National Association for the Advancement of Colored People (NAACP), a Member of The American Federation of Theater and Radio Actors (AFTRA), the Screen Actors Guild, and the American Federation of TV.   Greenwood joined the entertainment unions because of his movie career.  Beginning in 1984, he starred in ten national commercials including the Miller Lite Campaign, Haggar Slacks, and numerous Pittsburgh area television ads.

L.C. Henderson Greenwood died in Point Breeze, Pennsylvania, on September 29, 2013 from kidney failure. He was 67 years old.  He is survived by his two children, Chelsea Greenwood and Fernando Greenwood, and two grandchildren.