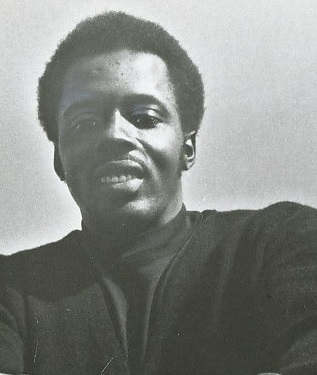 National Football League star David “Deacon” Jones was a dominant player in the League.  During Jones’ years on the football field he singlehandedly revolutionized the defensive end position. Throughout his fourteen-year stint in the NFL Jones managed to play in 190 games, missing only six games.  During his career Jones attained 194.5 tackles against the quarterback, and coined the term “Quarterback Sack.”

Jones was born on December 9, 1938 in the small town of Eatonville, Florida, just six miles out of Orlando.  Eatonville was also the birth place of the famous writer, Zora Neale Hurston. Jones attended Hungerford High School, where he played football, baseball, and basketball. As a young African American growing up in the racially segregated South in the mid-20th century, Jones was no stranger to hardship and adversity.  After his career ended he confessed, “I thank God I had the ability to play a violent game like football. It gave me an outlet for the anger in my heart.”
Despite being a standout high school athlete, players from Eatonville in that era rarely got the exposure that would bring the attention of major colleges and universities.  Jones’ only college scholarship offer when he graduated from high school in 1956 came from all-black South Carolina State University.  While attending SCSU Jones became a star football player.  He also became involved in early civil rights activities. which resulted in his scholarship being rescinded in 1958. Jones returned to football in 1960 when a former SCSU coach brought him and other former SCSU players to Mississippi Vocational College (now Mississippi Valley State University). There Jones drew the attention of NFL scouts.

In 1961 Deacon Jones was drafted by the Los Angeles Rams in the 14th round. He immediately impressed the coaches with his strength and swiftness off of the line of scrimmage, and, despite his rookie status, Jones earned a starting position. While playing for the Los Angeles Rams from 1961 to 1971, Jones and his three defensive line teammates were dreaded throughout the league as the “Fearsome Foursome.” For his daunting plays against offensive players Jones was given the nickname “The Secretary of Defense.” Flamboyant both on and off the field, Jones claimed that he adopted the nickname “Deacon” because “nobody would ever remember a player named David Jones.”

Jones was inducted into the Pro Football Hall of Fame in 1980, and was named to the NFL’s 75th anniversary all-time squad in 1994. In 1996 Jones released his autobiography, Headslap: The Life and Times of Deacon Jones. The following year he launched the Deacon Jones Foundation, which works to provide opportunities for children from inner cities.

David “Deacon” Jones died on June 3, 2013, at the age of 74, in Anaheim Hills, California.  He was survived by his wife, Elizabeth, and stepson, Greg Pinto.