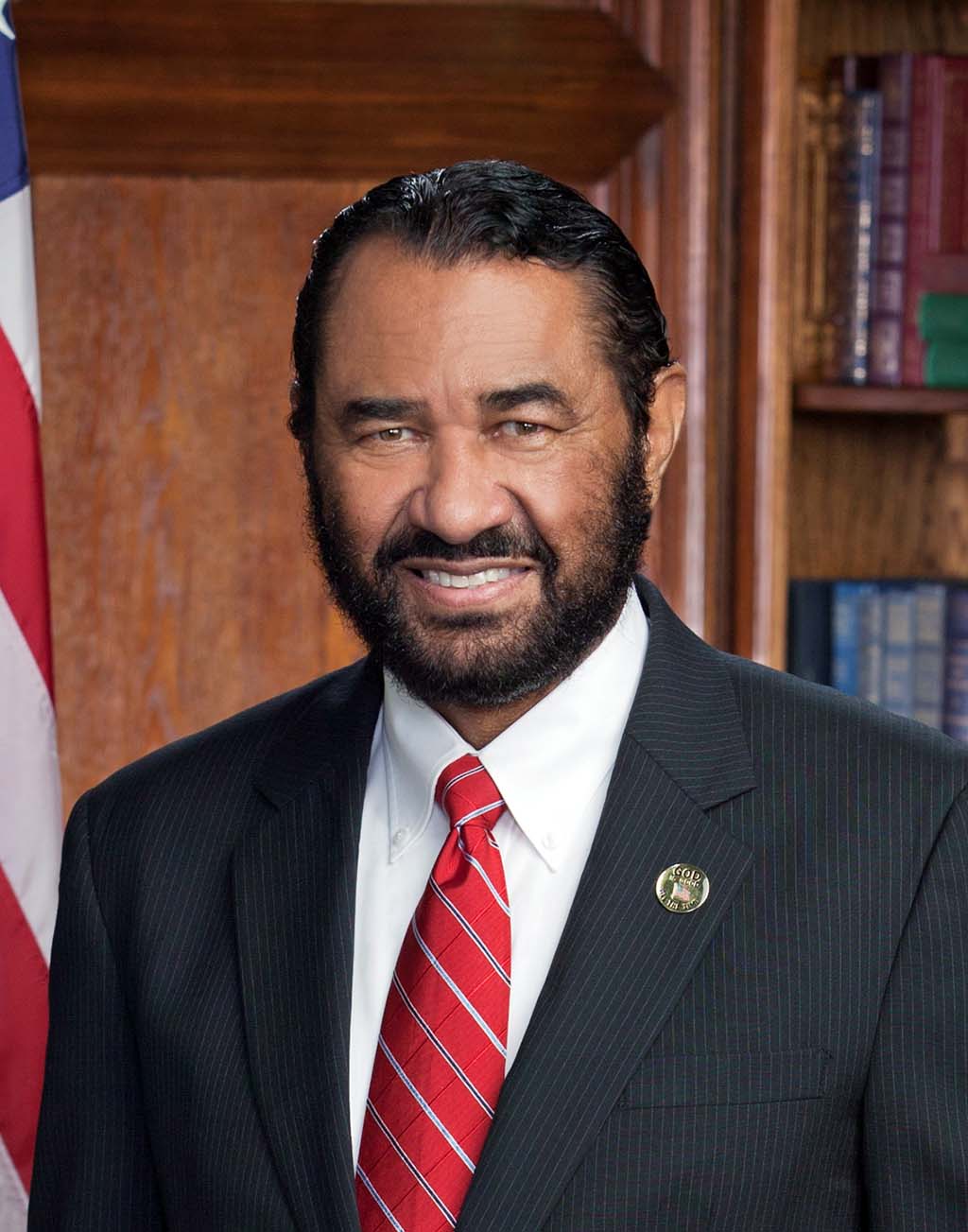 Alexander “Al” Green, Congressional representative of the 9th District of Houston, Texas and long time civil rights advocate, was born on 1st September 1947.  Born and raised in New Orleans, Louisiana, Green attended Florida A&M University in 1971 and later Tuskegee Institute (now Tuskegee University).  Although he did not graduate from either institution, in 1974 Green earned a law degree from Thurgood Marshall School of Law at Texas Southern University.  He later worked briefly there as a Law Professor.

In 1974 Green cofounded the law firm of Green, Wilson, Dewberry and Fitch in Houston.  In 1977 he was appointed a judge in the Harris County Justice Court and was re-elected to that post until he retired in 2004.

Green is also a veteran advocate of civil rights. Soon after he received his J.D. from Texas Southern University he became active in the Houston branch of the National Association for the Advancement of Colored People (NAACP).  He served as president of the branch for ten years in the 1980s and 1990s.  Under his leadership the branch expanded in both staff and membership, the latter of which grew from 500 to 3,500. Green also created the Houston Fair Share Program, which encourages corporations to join with minority firms in joint ventures.  Green co-founded the Black and Brown Coalition with Judge Armando Rodriguez, which sought to bring together African Americans and Hispanics living in Houston through cooperation on points of common interest within the community.

In 2004 newly retired Judge Green was persuaded to run for Congress from the 9th District.   He easily won the contest and now serves on the Financial Services Committee and the Homeland Security Committee. Because of his district’s proximity to the Johnson Space Flight Center, Green was appointed to the Space and Aeronautics Subcommittee of the Science and Technology Committee.

Congressman Green’s political goals and commitments include reducing chemical, biological and nuclear threats, increasing United States border and port security, and supporting a Federal living wage. He also fights to eliminate lending practices in housing which victimize low income communities and is committed to creating affordable housing for all.

For his achievements, Green has won numerous awards including a place in Ebony magazine’s 100 most influential black people, and the Texas Black Democrats Profiles of Courage Award in 2007.  Congressman Green is a member of Alpha Phi Alpha Fraternity.