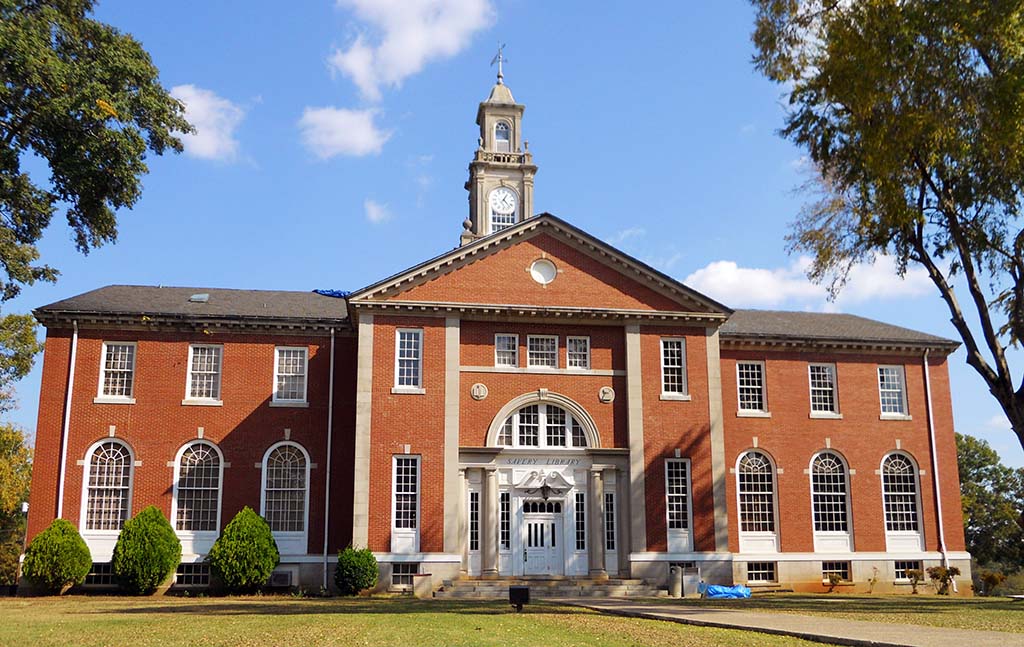 Talladega College was founded in 1867, and is Alabama’s oldest private historically black liberal arts college. Located on 50 acres in the city of Talladega, Alabama, the wooded campus sits on a plateau about 700 feet above a valley in the Blue Ridge Mountains. Talladega College was founded by two former slaves, William Savery and Thomas Tarrant. Savery and Tarrant were committed to the education of the children of former slaves because they regarded it as “…vital to the preservation of our liberties…” After the one-room structure which originally housed the school became too small for the student population, General Wager Swayne of the Freedmen’s Bureau was instrumental in acquiring the nearby Baptist Academy building which was to be sold because of financial difficulties. The school was moved into the former Baptist Academy in 1867. Locating the school there was ironic because it was constructed using slave labor (including Savery and Tarrant), and was originally intended to house white students. For the two years following the move to the new building, the school was named Swayne School by parents of students enrolled there, to honor the assistance of General Swayne in acquiring the property. In 1869, however, Swayne School was issued a charter and became Talladega College.

One of Talladega College’s long standing goals has been to train leaders in education, and to that end, it began offering normal courses for teachers early in its history. The first college level coursework catalog appeared in 1890 and the first class receiving bachelor’s degrees graduated in 1895. However, as late as 1916 Talladega was offering courses ranging from elementary level education to college coursework. By the late 1920s the number enrolled in the college classes outnumbered those in the preparatory school for the first time.