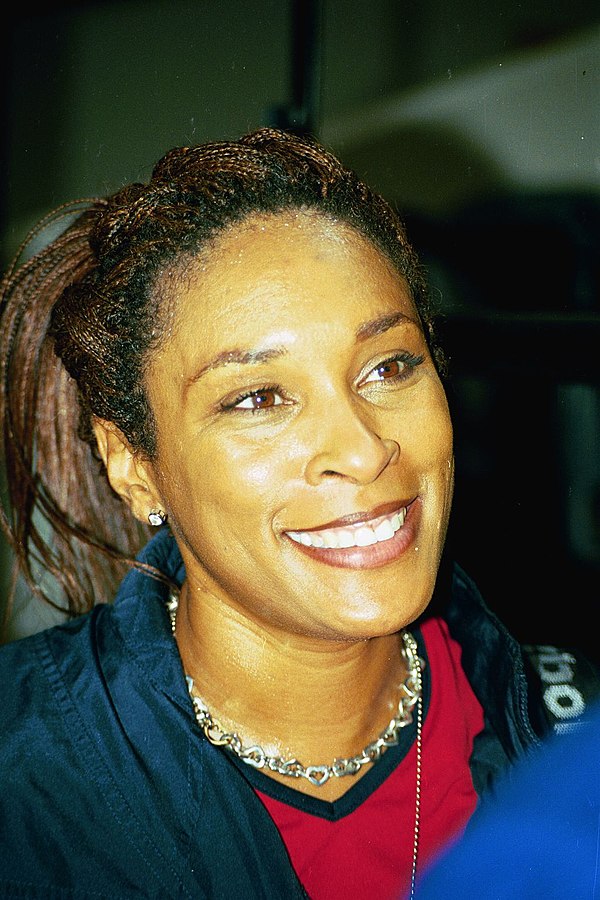 Born November 16, 1963 in Houston, Texas, tennis star Zina Garrison was the youngest of seven children and was raised by her widowed mother, Mary Garrison. She began playing tennis at the age of 10 through the MacGregar Park Tennis Program. The program was run by John Wilkerson who later became Garrison’s coach throughout her tennis career. She graduated from Ross Sterling High School in 1981.

Garrison had an illustrious amateur career. She burst onto the scene in 1978 when she reached the finals in the U.S. Girls National Championship. Then from 1978 to 1982 she won three more major tournaments. As an amateur she became the 1981 International Tennis Federation Junior of the Year and the 1982 Women’s Tennis Association Most Impressive Newcomer.

Garrison began her professional career in 1982.  That career was highlighted with 14 wins and a 587-270 record in singles and 20 wins, three of which were grand slam titles, and a 436-231 record in doubles through 15 years. She never won a singles grand slam title but one of her most notable victories came in 1990 at Wimbledon where she became the first African American to reach a grand slam final since Althea Gibson in the 1958 U.S. Open. Garrison was defeated by Martina Navratilova in the final. She did, however, win three grand slam doubles titles with victories in the 1987 Australian Open and the 1988 and 1990 Wimbledon tournaments. Garrison’s Olympic career was also notable as she took home gold and bronze medals in the 1988 games in Seoul South Korea.

Garrison retired from playing tennis professionally in 1997 but her involvement in the sport continued. She became a coach for women’s tennis where she was an assistant-captain to Billie Jean King in the U.S. Federal Cup from 1999 to 2004. In 2004 she became the first African American to become the 18th US Federal Cup captain in the organization’s existence and maintained her captainship until 2008. As the US Federal Cup captain, she also became the women’s coach for the 2004 Olympic Games in Athens, Greece. Also while she was coaching U.S. women’s professional tennis, she was also the Director-at-Large for the U.S. Tennis Association (USTA).

In addition to coaching, Garrison also performed philanthropic work. In 1989, before she retired from professional tennis, she had set up a foundation for homeless youth in Houston. In 1992 she started the Zina Garrison All-Court Tennis Program for Children. This program operates and maintains tennis facilities throughout the city of Houston and sponsors events the city’s youth.

Garrison also had a brief television career where she was a tennis commentator for TNT. This career was highlighted by her coverage of the 2001 Wimbledon tournament.