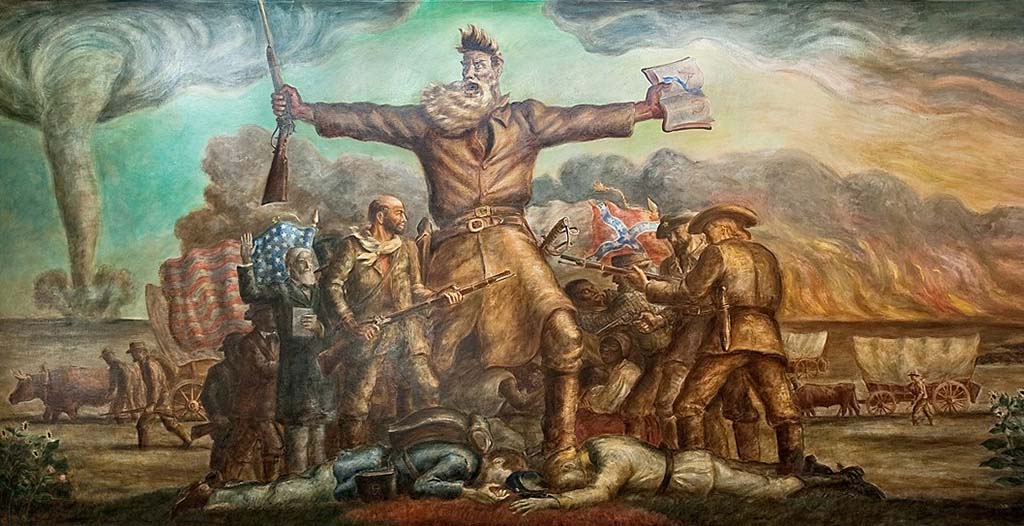 As Harper’s Ferry would prove, John Brown’s preferred method of battling slavery was to free hundreds of enslaved people at a time in a single attack. However, the week of Christmas 1858, he made an exception and successfully rescued eleven Missouri slaves, throwing the region into a state of anxiety and adding another episode to the abolitionist movement.

On December 19th, 1858, Brown received news that a slave by the name of Daniels from close to the Kansas-Missouri border had crossed into Kansas to plead for rescue from the impending sale of his family. Though an agent of the Underground Railroad, Brown usually considered a raid to prevent a single sale not worthy of the risk. However, by the next day, a raiding party of nearly twenty abolitionists had been organized with Brown (using the alias of Shubel Morgan) at the lead.

On December 20th, the band split up into two groups in hopes of freeing neighboring blacks on the same trip. Daniels’ owner, Harvey Hicklan, was held up at gunpoint by Brown’s group which subsequently extracted the Daniels family and took some of Hicklan’s possessions to support the freed slaves. Slavery supporters claimed Brown’s raiders looted cash, pocket-watches, wagons, and oxen.

The two groups freed eleven slaves. One slaveowner, David Cruise, was killed during the raid. The abolitionist who killed Cruise claimed it was in self defense. The raiding party returned to Kansas where a twelfth African American was born to one of the rescued slave women and christened John Brown. Brown then led the freed slaves 600 miles through extreme winter weather across Nebraska and into northeastern Iowa, fighting off a pro-slavery group three times its size en route.

Brown’s raid was condemned by both Missouri and Kansas newspapers which feared an all-out war along the border. The disaffection of slaves and the potential financial repercussions of further losses compelled Missouri slaveowners to move more than twenty miles away from the border or to put all their bondspeople under heavy guard. Meanwhile Missouri Governor Robert Marcellus Stewart, offered a $3000 reward for Brown’s capture immediately after the raid.

Brown led the rescued slaves across Iowa, a process which took until March 9, 1859 to complete. Anti-slavery sympathizers provided food, warm clothing, armed guards, and accommodations for the fugitives across the state. From Iowa, they were secretly put on a train to Chicago and from there a train to Detroit. A ferry to Windsor, Canada carried the twelve to freedom. Brown however continued east and initiated a series of events which led to the Raid at Harper’s Ferry on October 16-18, 1859 and his subsequent execution on December 2 of that year.