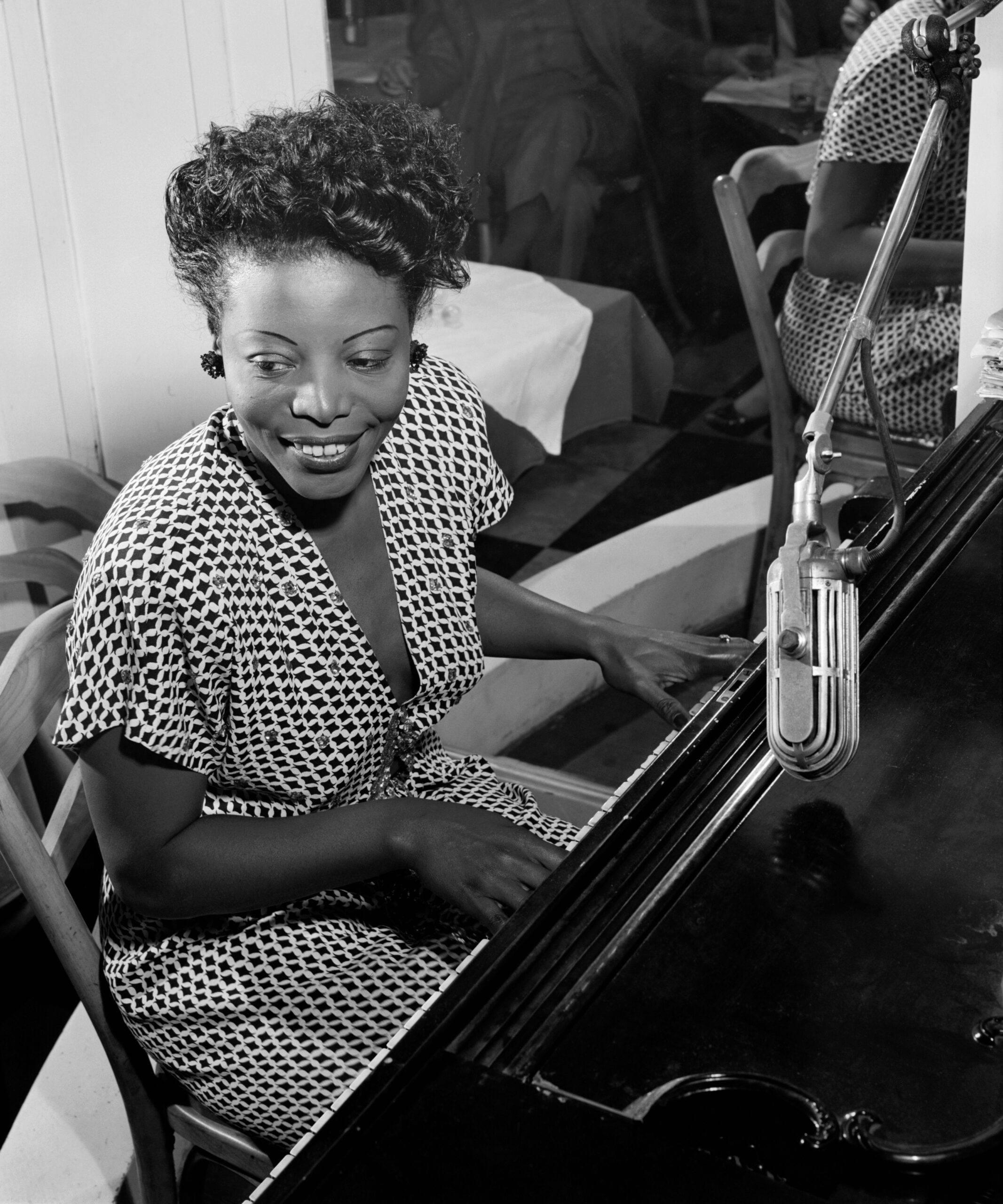 Mary Lou Williams was an African American jazz pianist, composer, and arranger who wrote hundreds of compositions and arrangements and recorded over one hundred records.  Williams was born as Mary Elfireda Scruggs on May 8, 1910 in Atlanta, Georgia, but grew up in Pittsburgh, Pennsylvania. She was one of eleven children, and taught herself to play piano at a very young age, performing her first recital at age ten. She became a professional musician at the age of fifteen, when she played with Duke Ellington and the Washingtonians. In 1925, she joined a band led by saxophonist John Williams, and married him in 1927.

Williams and her husband moved to Oklahoma City, where in 1929 John joined Andy Kirk’s band, Twelve Clouds of Joy. Mary Lou Williams worked for a year as a solo pianist and a music arranger until she joined the band in 1930.  By that point she took the name “Mary Lou” and was recording jazz albums.  By the late 1930s Mary Lou Williams was now well known as a producer, composer, and arranger working for bandleaders Earl Hines, Benny Goodman, and Tommy Dorsey.

In 1952, Williams took her talents overseas, moving to Europe for two years, and performing mostly in England.  In 1954 she abruptly retired from music and focused on her newly embraced Catholic faith.   She created the Bel Canto Foundation, an effort to help addicted musicians return to performing.  By 1957 she returned to the music business in time to perform at the Newport Jazz Festival.  She also started her own record label and founded the Pittsburgh Jazz Festival.

Through the 1960s Williams focused on religious jazz with recordings like Black Christ of the Andes which was a tribute to the Afro-Peruvian priest St. Martin de Porres.  She also wrote Music for Peace which was choreographed and performed by the Alvin Ailey Dance Theater.   Williams never fully abandoned secular music as in 1965 when she performed at the Monterey Jazz Festival.   In the 1970s her career underwent a revival when younger audiences discovered her talent.  She recorded new albums and became an artist-in-residence at Duke University (1977-1981), teaching the History of Jazz among other courses.  She also directed the Duke Jazz Ensemble.  In 1978 she performed at the White House for President Jimmy Carter and invited guests.  Later that year she participated in Benny Goodman’s 40th anniversary Carnegie Hall concert.